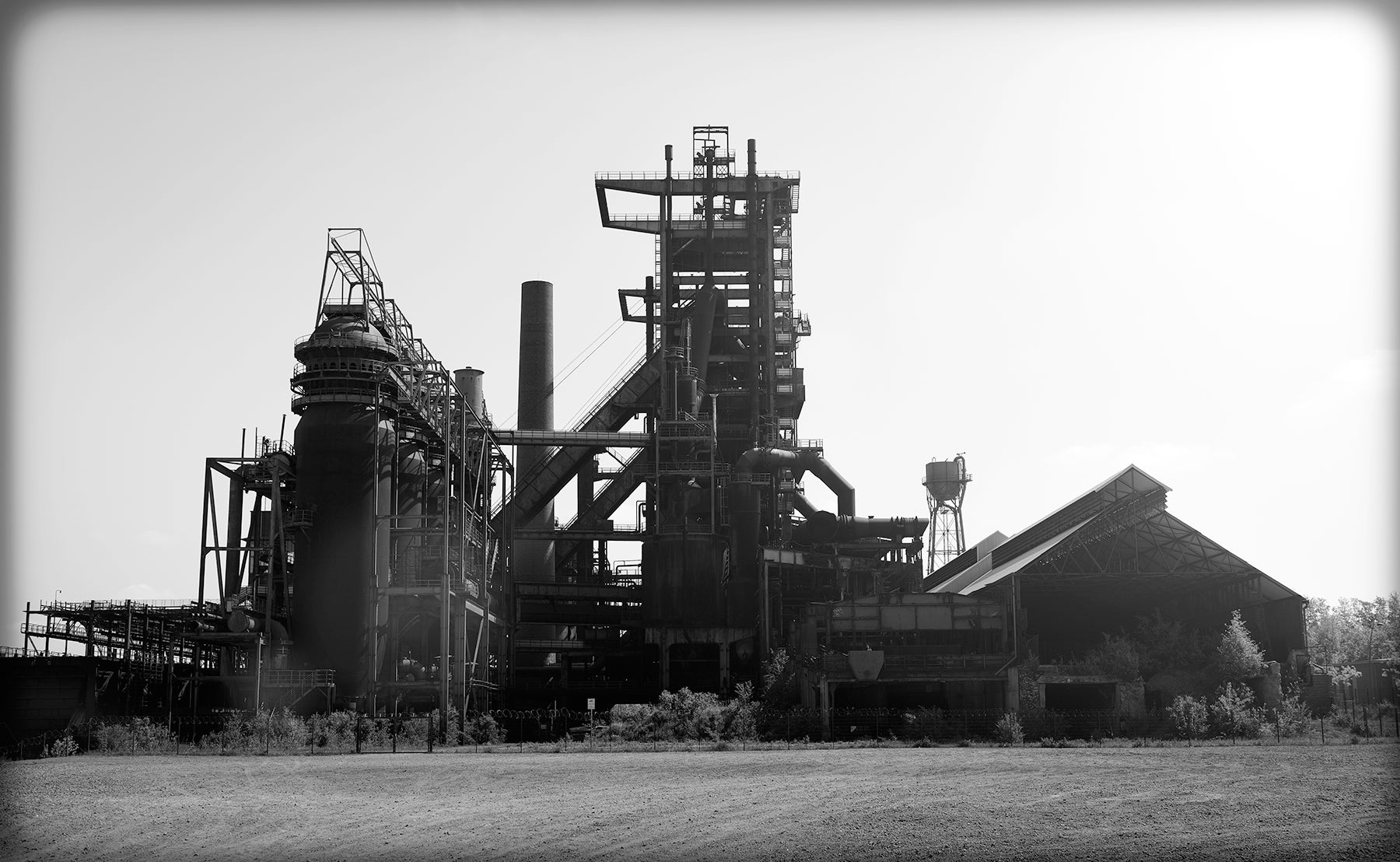 Decades ago, as the sun rose, Sandra Gould Ford situated herself on a Pittsburgh bridge, camera in hand, hoping to capture an iconic image of what helped build America—Jones & Laughlin Steel’s Eliza Furnace, far upriver in Hazelwood.

“I knew I was creating art,” she recalls about taking that picture decades ago. “What would come of it, I didn’t know.”

During her years working at J&L as a secretary and clerk, she took photos of the place and of the people who made steel. She also added commentaries. And when the mill shut down, she rescued irreplaceable mementos from destruction.

Grasping the significance of what was happening came instinctively for Ford (CGS ’82, A&S ’90G), who earned an MFA in writing from Pitt and is a Pittsburgh-based artist, photographer, teacher, and writer. Her J&L project resulted in Steel Genesis, which visually chronicles the decline of a working-class way of life while new opportunities rise from those ashes.

In 2015, Ford met LaToya Ruby Frazier, a visual artist originally from Braddock. They bonded, in part from their affinity to the region, which led to their collaboration: On the Making of Steel Genesis: Sandra Gould Ford, a collection that layers Ford’s work with photographs by Frazier of both Ford and Braddock.

After first premiering at Pittsburgh’s August Wilson Cultural Center in fall 2017, it has gained widespread attention, including a profile in the New Yorker magazine and exhibitions last year at the Milwaukee Institute of Art & Design.

Like the land where steel once thrived, Ford says Steel Genesis continues to evolve: “Things are always coming into being.”