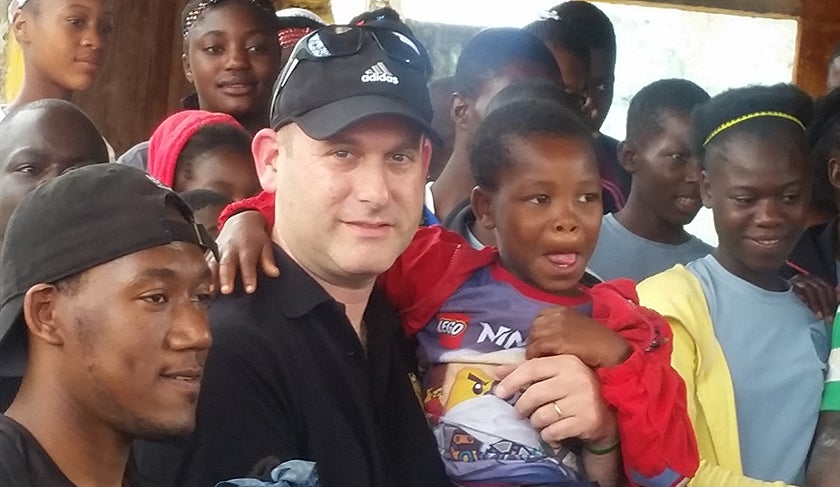 While walking along the Copacabana coastline, in his wife’s hometown of Rio de Janeiro, Brazil, Shawn Brown and his 7-year-old son met some local boys and invited them to play a round of three-on-three soccer. The children, they learned, were from the nearby favela of Cantagalo, an impoverished neighborhood stuffed onto a steep hillside.

After the game, having used the sandy beach as a soccer field, Brown (A&S ’95) offered the ball to one of the youngsters. “I’ll never forget his expression,” he recalls. “It was a smile that could move the world.”

Earlier visits to Rio de Janeiro had shown Brown the challenges faced by residents in places such as Cantagalo, where children’s playtime is often stifled by a lack of resources and the daily struggle to get by. But as a youth soccer coach on Long Island, N.Y., where he works as a public safety commissioner, he’s seen how organized sports can empower and uplift young people. He wanted to help inspire other children to feel the same kind of happiness he saw from the boy on the beach.

So, in 2013, Brown founded Samba 360, a nonprofit that distributes new and gently used sports gear to underprivileged youth abroad and in the United States. Through the all-volunteer organization, “ambassadors” deliver sports equipment to local community groups in places including Haiti, Brazil, and Colombia. So far, Samba 360 has distributed more than 7,000 soccer balls and heaps of sportswear and equipment.

There is no greater joy, Brown says, than watching children play with their new stuff—just being kids.