Skip to main content
University of Pittsburgh
Summer 2016
In Memoriam

Arthur G. Bahl EDUC ’98G, February 2016, age 64, of Hudson, Mass. He worked for IBM in North Carolina for many years and later taught high school math and science in Maryland, Texas, and his hometown of Pittsburgh. Besides his family, education, and teaching, he cherished his role as Santa Claus every Christmas season.

Sylvia Wofford Burnett EDUC ’69, January 2016, age 78, of Richland Township, Pa. In the 1980s, she was a substitute teacher who worked to recruit Black teachers for Allegheny County’s largely White school districts. In 1983, she was honored with a community service award by the North Hills chapter of the National Organization for Women.

Bernard Dlutowski A&S ’56, March 2014, age 79, of Philadelphia, Pa. Raised in Pittsburgh’s Oakland neighborhood, he declined a Yale scholarship to attend Pitt. He served in the Navy as head medical officer for the U.S.S. Bushnell in Key West, Fla., during the Cuban Missile Crisis, and was later a family physician in Torresdale, Pa., for more than 40 years.

William Laskin Fairman ENGR ’71G, ’72G, December 2015, age 67, of Columbia, Mo. He was a faculty member at the University of Missouri in the 1970s, and later founded international software development company FairCom Corporation. He was a founder and board member of the Columbia Public Schools Foundation, and a longtime board member of the University of Missouri Hillel.

William Johnson A&S ’66, April 2016, age 81, of Mesquite, Nev. He served in the U.S. Army before working as a senior research geophysicist with Sinclair Oil, ARCO Oil, and British Petroleum in Plano, Tex., until he retired in 1986. He was a ward clerk for several years in Dallas and a home teacher in the LDS church.

Aimison Jonnard ENGR ’49G, September 2015, age 99, of McLean, Va. During World War II, he joined DuPont to work on the production of nylon and plastic nose cones for warplanes. He later worked for companies including Shell and Esso/Exxon, and served as chief of the division of energy at the International Trade Commission in Washington, D.C., for 29 years.

Joe Mastrucci ENGR ’34, October 2014, age 101, of Odenton, Md. He worked for the Standard Oil Company of Ohio until the attack on Pearl Harbor, which launched a 30-plus-year career in the army, during which he was awarded the Bronze Star. Later, he worked for Westinghouse and Maryland’s Department of Health and Mental Hygiene.

Henry J. Meyer BUS ’50G, February 2016, age 97, of Appleton, Wisc. He served in the U.S. Army’s 80th Division in World War II, earning the Bronze Star. He worked as operating manager of the H. C. Prange Co., in Sheboygan, Wisc., for 32 years. His retirement was spent in Arizona and Wisconsin, enjoying woodworking and completing 15 marathons.

James Provenzano Jr. ENGR ’61, April 2016, age 76, of Hartford, Conn. As an engineer, he worked in various divisions of United Technologies, and then as an independent consultant at Quality Consulting Services. He was an accomplished trumpet player, performing with groups including the Pitt marching band, local jazz bands, and community bands in Connecticut and California. 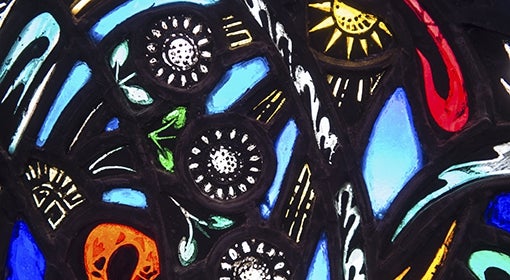