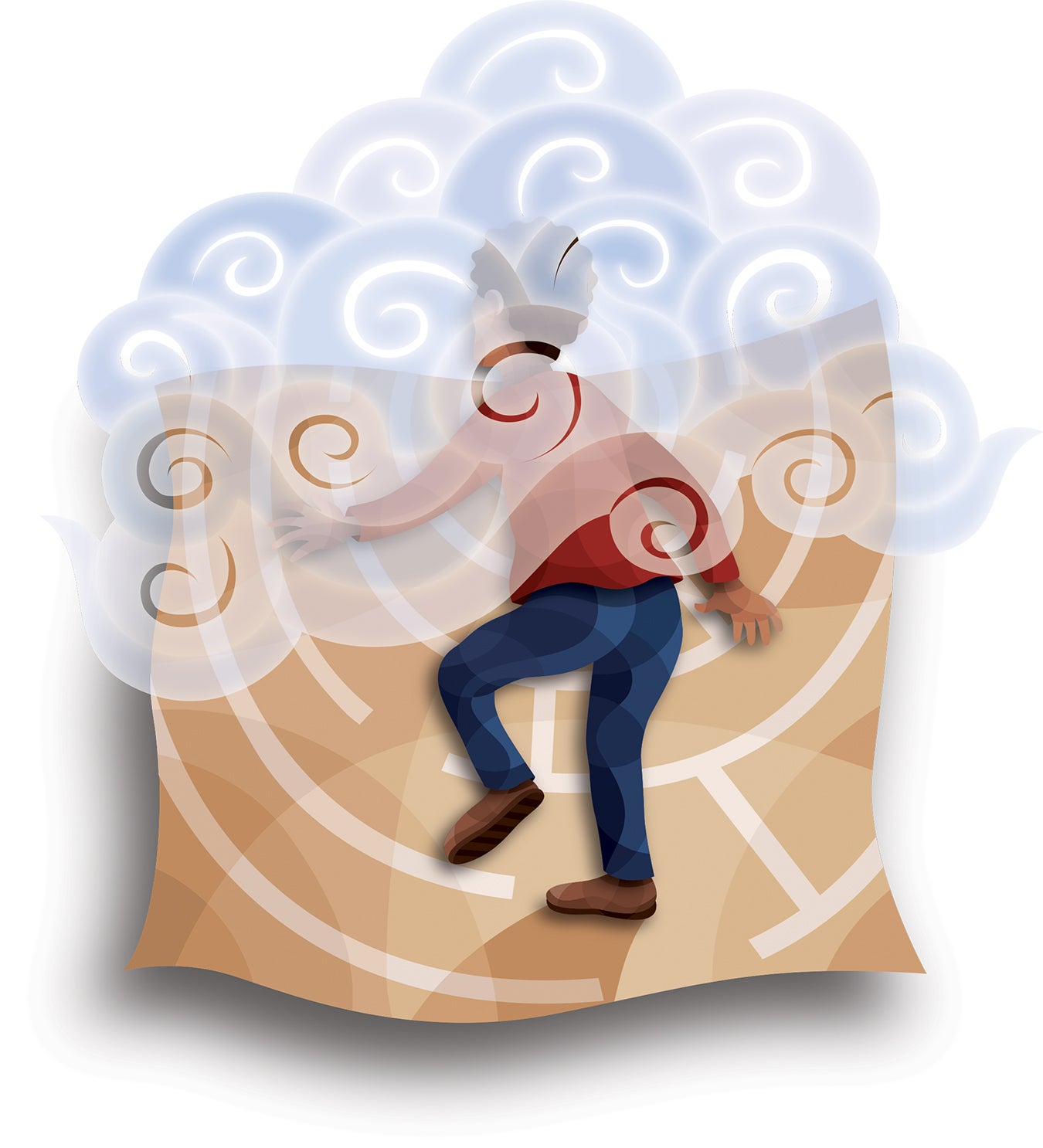 A classroom has been transformed into a sanctuary of sorts. Gone are the desks and chairs. The tiled floor is covered by the outline of a large, circular labyrinth painted on a sheet of canvas. A silent assembly of adults, teens, and children walk the winding path, as soft instrumental music plays in the background. They must find their own pace, concentrate on each step, and avoid bumping into one another. Instructor Mary Lynn Callahan calmly coaches the group from the room’s edge.

“Focus on the path,” she says. “One foot in front of the other.”

Callahan, a minister at East Liberty Presbyterian Church, is trained in meditation practices, including the ancient custom of walking labyrinths. She explains how the winding course, which eventually leads to an open center, is laden in symbolism. To some practitioners, it may represent life, or the journey toward spirituality or an inner self. The basic premise of the labyrinth and many other mindfulness practices, she says, is occupying the brain so that it doesn’t think too much. “Our thoughts are running constantly—what’s for dinner, what tasks to do. The labyrinth path is complex; each step requires intentionality, which focuses the brain.”

The labyrinth walk was just one of the classes held during the Mindfulness Fair, a daylong event organized by Pitt’s new Center for Mindfulness and Consciousness Studies (mindfulnesspitt.org). The center, launched in early 2016 and housed within the Graduate School of Public Health, aims to promote the practice and scholarship of mindfulness at Pitt through education, research, and service. It’s all part of the University’s multidisciplinary approach to a field full of potential. Recent studies indicate that mindfulness practices—often defined as the work of focusing the mind on the present—can lead to many benefits, including stress and anxiety reduction, better chronic pain management, and enhanced concentration.

The fair invited the campus community to take a peek at all the center has to offer. In addition to meditation classes, there were talks on subjects like mindfulness in the classroom and kid-friendly activities like family yoga and mindful coloring. There were also information booths run by local nonprofit groups—yoga studios, educational curriculum organizations, and stress reduction courses at the University’s medical center. Ultimately, the event drew nearly 500 curious attendees looking for ways to unwind.

Back at the labyrinth, business major Cedar Hansen is immersed in walking the weaving path. When he reaches its center, he ponders its symbolic connection to his own life. “You can’t see ahead much, whether in 10 steps you’ll go left or right, so you just think about the current step,” he says after the class concludes. “I don’t know where I’ll be in 10 years. I’m working toward graduation and a career, and meditation helps me not get overwhelmed by the destination and stay focused on what I’m doing now.”

Hansen’s personal meditation practice—focusing on his breath and clearing out thoughts for exactly 21 minutes each day—began a year ago, and he enjoys the sense of calm and centeredness it brings. With the Center for Mindfulness and Consciousness Studies now on campus, keeping up with his restorative routine and gaining new resources will be easier than ever.