Skip to main content
University of Pittsburgh
Winter 2017
In Memoriam

John R. Bowden Jr. A&S ’89G, January 2016, age 73, of Midland, Pa. He served the country for 23 years of active duty with the U.S. Air Force in Vietnam, and later in the U.S. Army during Desert Storm. He went back to school in his 40’s and earned a Pitt master’s degree in social work. Prior to retiring, he worked for the VA Hospital System in Oakland and Aspinwall, Pa.

Nicholas Andrew Cogley A&S ’95, December 2014, age 41, of Pittsburgh, Pa. He worked for Allscripts as an expert technical support consultant. He enjoyed spending time with his family, fishing, gardening, woodworking, and his dog, Bella.

Jean L. Fineman EDUC ’47, June 2016, age 92, of Pittsburgh, Pa. An educator, teachers’ advocate, and community leader, she was known to generations of students in Pittsburgh and its eastern suburbs as an engaging and innovative English and reading teacher, administrator, and proponent of public education. She traveled widely and spent her retirement involved in a number of organizations, including the United Nations Association of Pittsburgh.

Carol Crum Knerr EDUC ’75, April 2015, age 61, of Greentree, Pa. She was a physical education teacher with Easter Seals. A longtime Panthers fan, she and her husband were Pitt Football season ticket holders.

Josephine P. Kreider EDUC ’33, December 2015, age 104, of Wappingers Falls, N.Y. Born in Pittsburgh, she attending Pitt during the Great Depression. A social worker for the Commonwealth of Pennsylvania, she enjoyed reading, crossword puzzles, baking, sewing, gardening, and gathering family and friends together. She contributed to many charities and organizations.

Alfred Lawson Jr. A&S ’54, July 2016, age 87, of Washington, D.C., and Indian Lake, Pa. His career focused on labor union representation, and he served as an attorney for the United Steelworkers in Pittsburgh. President Jimmy Carter appointed him as a charter member of the Federal Mine Safety and Health Review Commission. He also served as arbitration director for Maryland’s attorney general. He was a longtime member of Pitt’s Board of Trustees, as well as many other boards.

George Lewis BUS ’52, August 2016, age 87, of Richmond, Va. He was raised in Pittsburgh, and moved to Richmond in 2015 from Louisville, Ky. He was preceded in death by his wife of 51 years and is survived by his daughter and son.

Todd David Maragas A&S ’84, June 2016, age 44, of Canton, Ohio. A football player while at Pitt, he went on to become a successful businessman and entrepreneur. He served as president of his family’s business, AP&P Development and Construction Company. He loved spending time with his family and friends, and had a passion for the outdoors, particularly fishing.

Simon W. Oderberg A&S ’67, April 2015, age 69, of Fort Worth, Tex. He served in the U.S. Army as military police in Germany, then became a senior trial attorney for the Interstate Commerce Commission. He enjoyed fixing classic cars, swap meets, and car shows. After retirement, he volunteered for Meals on Wheels, delivering food in his classic cars to those in need.

Susan G. Ryberg SIS ’71, May 2016, age 66, of Mont Olive, N.C. A native of Pennsylvania, she was retired from the Moye Library on the campus of the University of Mount Olive.

Emily Ann Seaberg EDUC ’53G, December 2015, age 86, of Dillsburg, Pa. She taught school until she married her first husband, Dr. Frans Han Barends, when she became a devoted wife and full-time mother to her five children. She loved writing, literature, the opera, gardening, pets, and travel.

Anne Braun Wenslow EDUC ’60G, June 2014, age 82, of Alfred, N.Y. She taught high school before joining Alfred State College as professor of office administration and technology. She held many campus positions, including department chair and president of the faculty senate. After retirement, the mother and grandmother served as a consultant and evaluator of office education programs for the N.J. State Higher Education Department and other entities. 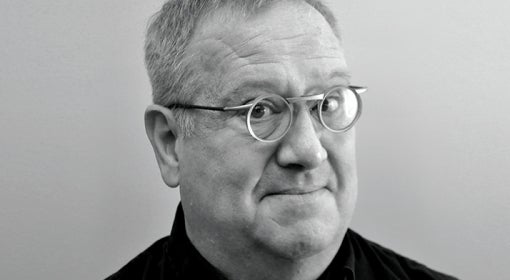