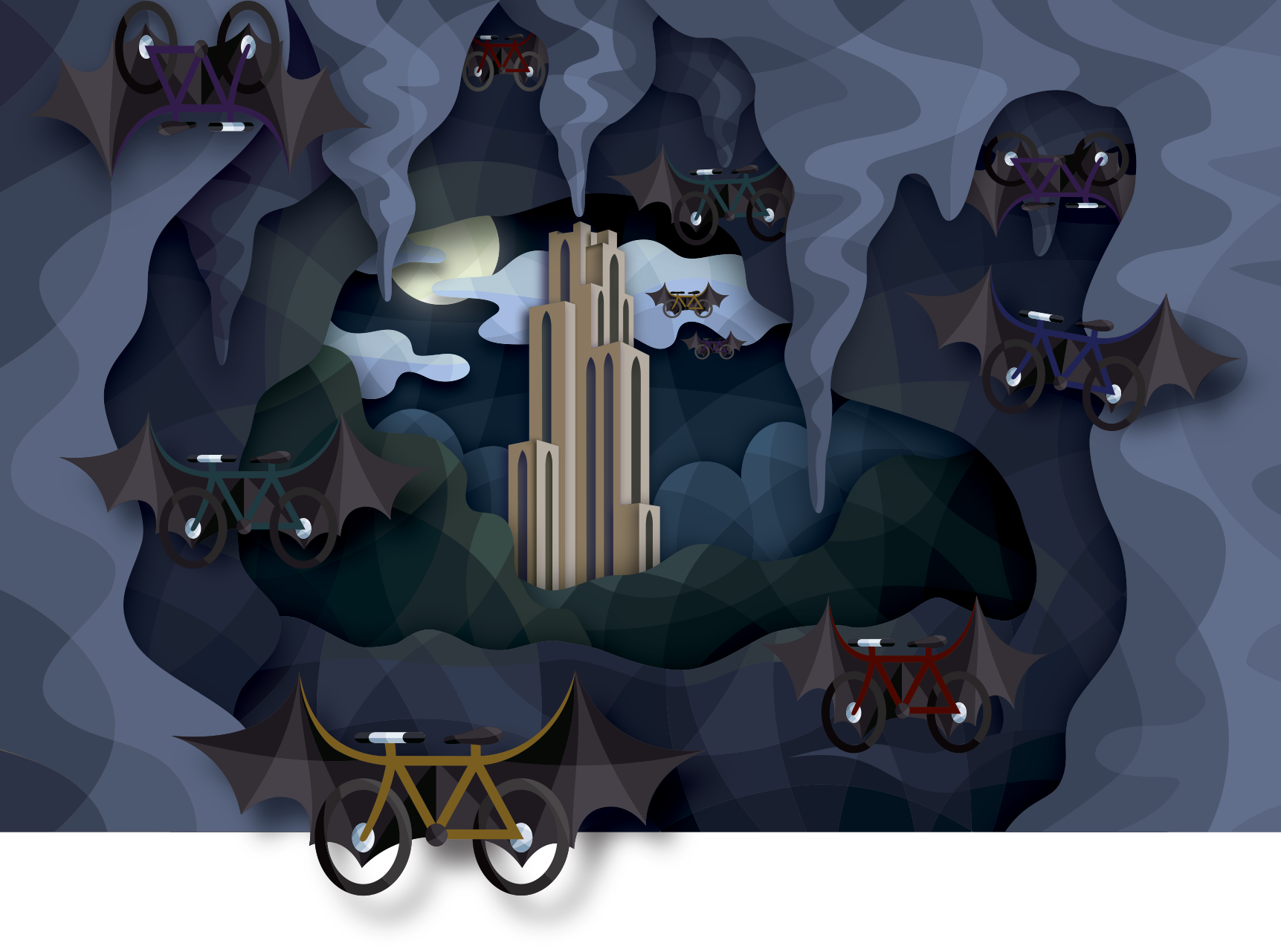 Alex Eckenrode, wiping the grease from his hands with a towel, asks, “Want to see if it works?” He’s in the courtyard outside Posvar Hall and has just finished repairing a bicycle with a jammed rear gear. After talking with the bike’s owner and hammering straight a bent piece of metal, he thinks he’s solved the problem. But there’s only one way to know for sure. It’s time for a ride.

Eckenrode, a junior studying psychology and history and philosophy of science, isn’t an employee in a bike repair shop: he’s a student attendant at the Pitt Bike Cave, a collaborative campus resource for pedal pushers. The workshop, which is an affiliate of the Student Office of Sustainability and the Office of PittServes, is located in the pass-through between Posvar and Lawrence Halls and provides a communal space where Pitt students and others in the Oakland area can access free bike-maintenance materials and support.

“Basically, it’s a place with tools that anyone can use. Then, we’re here to help out if you have any questions about fixing your bike,” explains senior engineering major Sam Juedemann, another Bike Cave attendant. “It’s also a place where other ‘bike-y’ people can come to get to know each other. So, when you pass other bikers on campus, you’re able to recognize one another, which is pretty neat.”

Community building is an important component of the Pitt Bicycle Collective, whose members formed the Bike Cave in 2017 with funding from the Mascaro Center for Sustainable Innovation, the Pitt Green Fund, and the PittServes-coordinated Sustainable Solutions Competition. In previous years, the Collective united Pitt bikers primarily by organizing events like group rides, but there was no main hub for them to meet, and nowhere nearby where they could work on their bikes and help others do the same.

The Bike Cave fills those gaps. At a time when Pittsburgh is installing bike lanes and taking other measures to make the city more friendly to cyclists, Collective members hope the campus workshop will also help to increase the number of bikers on the road by making it more feasible for them to keep their rides in safe and working condition.

The attendants are employed through the Office of PittServes but welcome involvement from anyone who is interested in—or wants to learn more about—bikes and repair. The Bike Cave accepts donations of old bikes, spare parts, and other supplies, which are then provided without charge to those who need them. Add in tools, worktables, bike stands, and music, and the space offers everything one might require to true a wheel, fix a broken link, tighten a loose bolt, or just strike up a conversation.

Back in the Posvar courtyard, Eckenrode takes the freshly mended bicycle for a spin. To his satisfaction, the ride is smooth. When he pulls back up to the workshop, he sees that the bike’s owner has begun to tinker with some of the spare parts laid out on a nearby table. It’s a welcome sight to Eckenrode, who is always up for more shop talk with another bike-minded person.