It's easier than ever to submit your own Class Note for publication consideration! Just click here.

Wayne G. Miller BUS ’72G published Quincy Massachusetts: A Shipbuilding Tradition (Quincy Historical Society). It is his second book on the history of the maritime trade in the coastal city.

Betsy Aiken A&S ’75, BUS ’76G has been appointed executive director of the Westmoreland Land Trust, a nonprofit organization dedicated to the preservation of open space in Westmoreland County, Pa.

Francis Feld A&S ’76, EDUC ’85G, a registered nurse anesthetist, was deployed to Texas and Puerto Rico by the U.S. Department of Health and Human Services to aid relief efforts following Hurricane Harvey and Hurricane Maria. In 2017, Pittsburgh Magazine named him an Excellence in Nursing honoree.

Bobbi Jo “BJ” Leber A&S ’76 joined the Pennsylvania Commission for Women by invitation of Gov. Tom Wolf. Chosen for her dedication to Pennsylvania women and girls, Leber was sworn in by Pennsylvania Secretary of State Robert Torres in October 2017.

Lynda Waggoner A&S ’76 retired as vice president of the Western Pennsylvania Conservancy and president of Fallingwater after nearly 40 years of service. She remains active in advancing Fallingwater’s application to the UNESCO World Heritage list of significant cultural landmarks.

Yolanda Avram Willis A&S ’77G published A Hidden Child in Greece: Rescue in the Holocaust (AuthorHouse), which details her experiences during World War II and chronicles the good deeds of the Greek families who risked their lives to hide her family from the Nazis.

Dennis B. Ledden A&S ’80G was promoted to assistant teaching professor of English at Pennsylvania State University, where his scholarship focuses on the writings of Ernest Hemingway.

Patrick Camus ENGR ’81, ’86G was promoted from director of research and innovation to director of engineering for EDAX, a materials analysis provider in Mahwah, N.J.

Rich Sedory A&S ’83, LAW ’86 won the Charlotte Business Journal’s award for 2018 Outstanding General Counsel of the Year in the small company category. He has worked at Wastequip, a waste management equipment company, since 2013.

Gladys M. Brown A&S ’85, LAW ’88 was named 2017 Government Lawyer of the Year by the Pennsylvania Bar Association. She serves as chairwoman of the Pennsylvania Public Utility Commission and has dedicated her career to public service.

Kathleen Getz BUS ’91 was named one of the Daily Record of Maryland’s 2018 Top 100 Women. She is dean of the Sellinger School of Business and Management at Loyola University Maryland.

Steve Suroviec GSPIA ’91 was selected to serve as president and CEO of ACHIEVA, a national leader in services for children and adults with disabilities. He previously served as chief operations officer and director of intellectual/developmental disability services at the Rehabilitation and Community Providers Association in Harrisburg, Pa.

Gregory Gromicko BUS ’96G is now a client services manager for the engineering and consulting firm POWER Engineers, Inc., at its York, Pa., office. The Central Pennsylvania Engineers Week Council selected him as 2018 Engineer of the Year.

Steven Singer A&S ’98, EDUC ’03G published Gadfly on the Wall: A Public School Teacher Speaks Out on Racism and Reform (Garn Press). Singer, an eighth-grade language arts teacher, was also a finalist for the 2018 Champions of Learning Award in Teaching, sponsored by the Consortium for Public Education in Pittsburgh.

Guiping Hu ENGR ’06G, ’09G, an associate professor of industrial and manufacturing systems at Iowa State University, is creating a new digital application technology to increase manufacturing efficiency. She collaborates with companies like Boeing and John Deere to build systems that can be integrated into individual IT frameworks.

Daniel Sumner BUS ’06G was voted chief financial officer of Westinghouse Electric Company by the Westinghouse board of directors. He has served as acting director since May 2017.

Yi Hong ENGR ’08G, an assistant professor of bioengineering at University of Texas Arlington, won a National Science Foundation Early Career Development program grant in support of his research designing biodegradable and elastic conductive materials, which could be used for muscle, neuron, and heart repair and regeneration.

Nicole Pezzino PHARM ’12, ’14G was named 2017-2018 Academia Practice Director of the Pennsylvania Pharmacists Association. She is an assistant professor of pharmacy practice at Wilkes University’s Nesbitt School of Pharmacy.

Soyapi Mumba MED ’14 presented a talk at TEDGlobal 2017 on his work at the Baobab Health Trust in Malawi, where he is now director of public health informatics. As a software engineer, Mumba worked to create the East African nation’s electronic medical record system for HIV treatment.

Jessica Vamos BUS ’14 is the new executive director of the Humane Society of Cambria County in Johnstown, Pa. 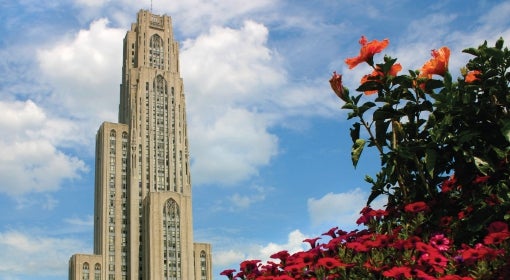