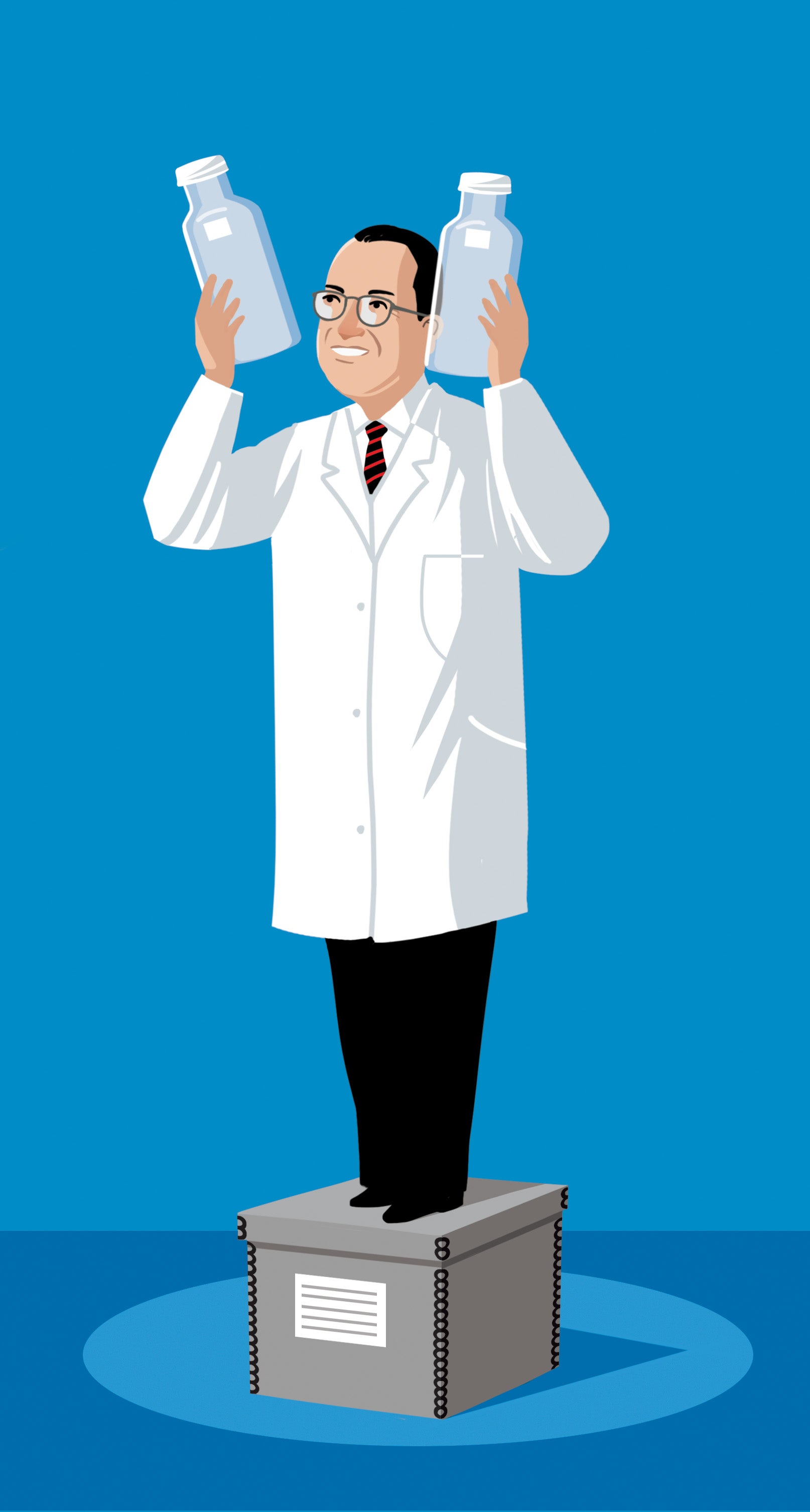 The story begins on a hot summer day in 1916, just as the country first came to grips with a terrifying crisis: the polio epidemic. The insidious disease primarily struck children and often led to paralysis or death. That year alone, there were more than 27,000 reported cases. Families everywhere were traumatized.

In front of an audience of health professionals, academics, and students in Hillman Library’s Digital Scholarship Commons, four actors recount the story, which could rival the greatest science-fiction thrillers of all time. It’s the tale of how Pittsburgh became the center of the polio vaccine discovery, told through a unique combination of theater and archival research.

This is a staged reading of a composition produced by the Archive Theatre Project (ATP). It’s easy to think of Pitt’s Archives and Special Collections (A&SC) as just a repository of items from the past, but ATP cofounders Emma Squire and Courtney Colligan think of it as a place where stories are waiting to be freed. The two theater arts PhD students relied on the A&SC to create Salk: The Man Behind the Vaccine, a play conveying the ups and downs of Jonas Salk, leader of the research team at Pitt that developed the first effective vaccination for polio in 1955.

Squire and Colligan say that much of the source material for the ATP’s debut performance was drawn directly from the Pitt archives’ Max A. Lauffer Papers, named after the influential Pitt professor and scientist who worked to hire Salk and bring him to the University.

“When we were first starting out, we thought that it might be a good idea to focus on something that felt very specific to not only Pittsburgh but to the University of Pittsburgh,” Squire says.

They chose the subject because more than 60 years after the development of the polio vaccine, public health issues like vaccinations continue to be areas of concern nationally and internationally. Perhaps, they say, there are lessons to be learned from the past.

“They let the archives speak,” says Ed Galloway, associate university librarian for A&SC, following the performance. “They literally brought the subject to life.”

Colligan says she and Squire were heartened by how well the staged reading engaged an audience of diverse backgrounds and interests, which was one of their primary goals when founding ATP. They are eager to plan more campus productions that create a similar educational environment—taking experiences of the past and making them applicable to the present. And with A&SC’s broad and varied offerings, they may never run out of potential subject matter.

“We know now,” Colligan says, “that there is a life for ATP beyond this one performance.”