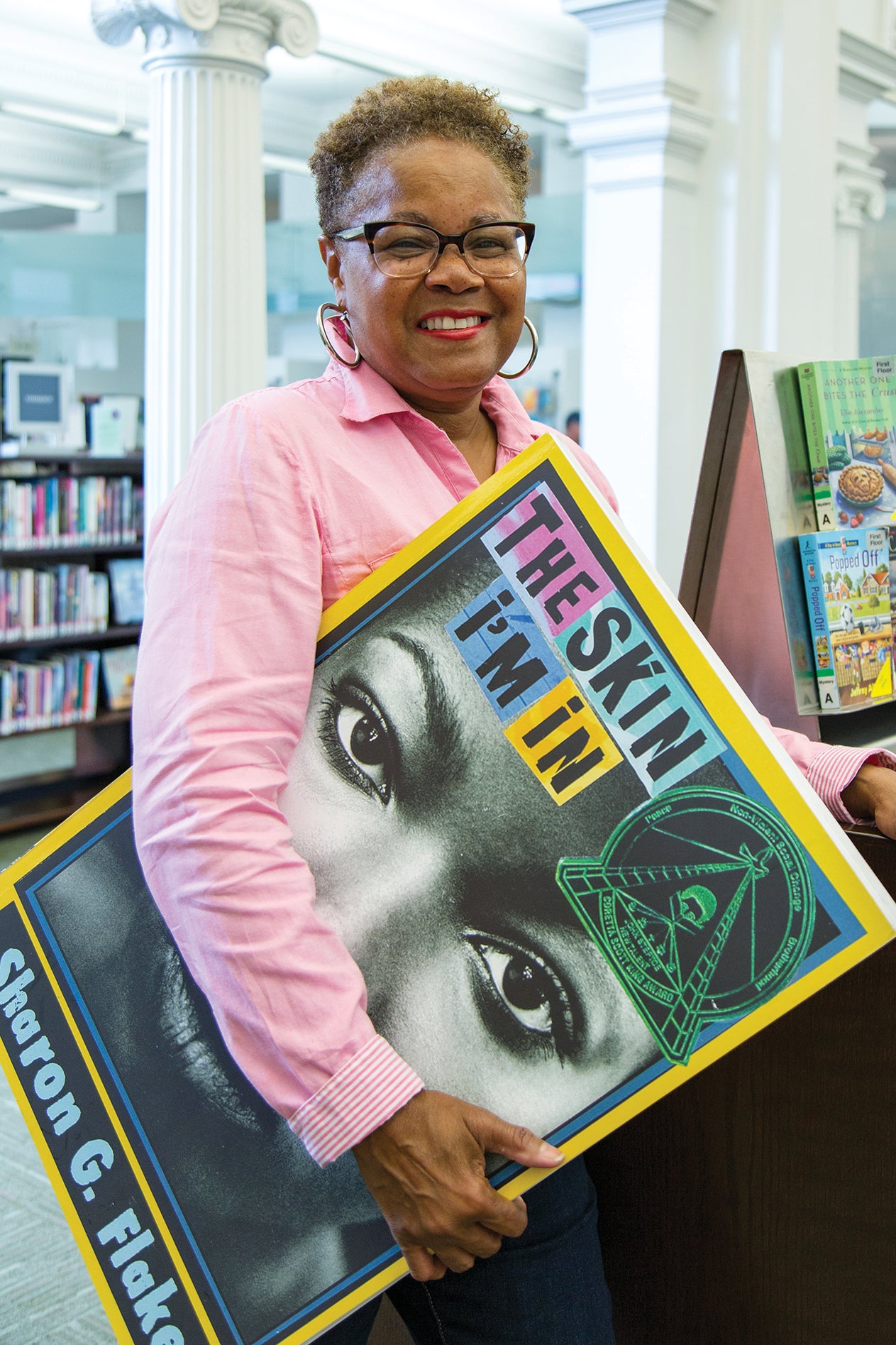 The adolescent boy taps the cover of the young-adult novel, The Skin I’m In. The book tells the story of how 13-year-old Maleeka learns to overcome being bullied for her dark skin. The boy, who is White, stands before the author, Sharon Flake, as she signs his copy of the book at a suburban shopping mall.

Flake understands what he means: He’s been bullied.

It’s been more than two decades since the debut of her award-winning novel, which promotes a message of self-acceptance and has sold more than 1 million copies worldwide. But encounters like this one remind the writer how her work continues to resonate with a wide array of readers.

“I get kids from all over seeing themselves in my novel because they know what it’s like to be different,” Flake (A&S ’78) says.

She started writing fiction as an English major at Pitt but didn’t dedicate herself to the craft until 1987, when her daughter was born. “Then I was on fire to write,” she recalls, adding that she wanted to tell stories of “fabulous” dark-skinned girls to help counter the colorism her daughter might face.

Flake hasn’t stopped writing since. Her nine published novels and short story collections explore issues of bullying, homelessness, and gun violence, as well as the importance of family and community. She’s now at work on a sequel to The Skin I’m In, which will tell the bully’s story.

“I hope my readers take Black children out of the box and see their full humanity,” she says. And for any young reader teased for being different: “I hope they see themselves.”