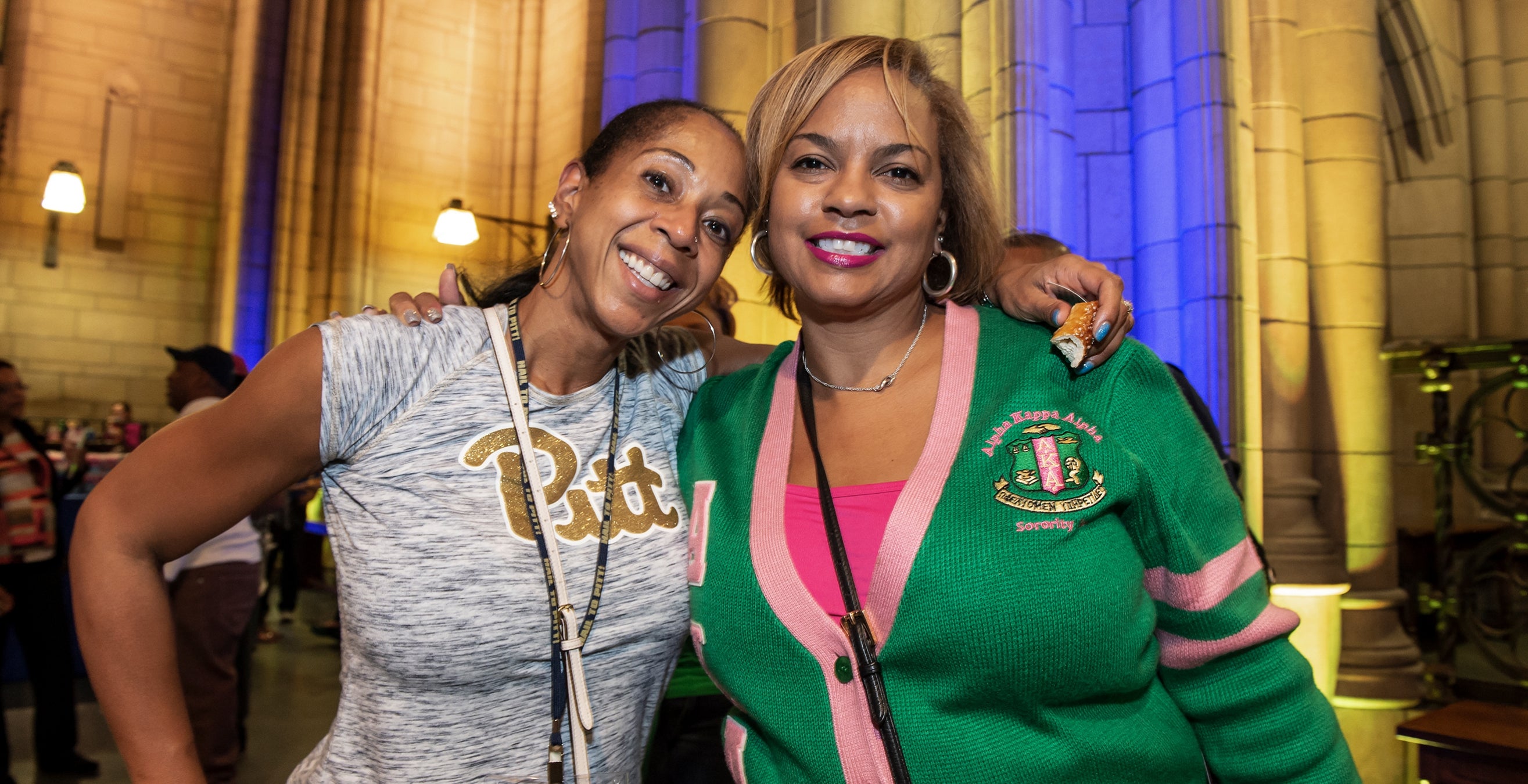 Carla Jackson first thought the text message was a joke. It just seemed too good to be true.

Hours earlier, she had written a post on social media encouraging her friends to join her in fundraising for the National Kidney Foundation, a cause close to her heart. The organization focuses on the prevention and treatment of kidney disease, a condition Jackson was first diagnosed with in college. In the past year, her condition had worsened.

“Did you know that 13 people die every day waiting for a kidney?” the elementary school teacher typed from her home in Pittsburgh. “I’m praying that I won’t be one of them.”

Jackson (CGS ’91) was pleased when a text message reading “I’ll donate!” arrived that evening. It was from Tracy Floyd, a former classmate from Pitt. The two had recently reconnected through a mutual friend at a campus Homecoming event.

“Thank you! Every dollar helps,” Jackson typed back.

As her friend stared at her phone in stunned disbelief, Floyd (NURS ’91), a gastroenterology nurse living in Delaware, was buzzing with excitement. She had wanted to donate a kidney to someone in need ever since learning decades ago that her father would need a transplant. Unfortunately, Floyd hadn’t been a match.

“I was blessed for him to see me graduate college, walk down the aisle, and see the birth of my kids,” she says. Her dad died before receiving a donated kidney. Floyd hoped to one day spare another family a similar loss. When she saw Jackson’s social media post, something clicked. “It just felt right.”

Jackson could barely believe her good fortune. Her doctors had placed her on the transplant list when she began to face kidney failure, but she was one of thousands awaiting an organ from a deceased donor. A living donor would be her best bet, yet the chances of finding someone medically suited and generous enough to make such a sacrifice seemed slim.

Suddenly, here was a fellow Pitt alumna willing to make a gift that could save her life.

Within a couple months, Floyd made a trip to Pittsburgh for medical testing that revealed that she was a compatible donor for Jackson. Their surgery took place in August 2016 at UPMC’s Thomas E. Starzl Transplantation Institute.

“It still amazes me that Tracy would do something like that from out of the blue” Jackson says. She’s now making the most out of her renewed health, traveling the world and spending time with family. “When you’re blessed with a second chance at life you’ve got to take advantage of it.”

The two women plan to reunite each fall at Pitt’s Homecoming to celebrate life, friendship, and the school that first brought them together.

“I’m sure God had this in plan when Carla and I were born, that I was going to be her donor,” says Floyd. “We were too interconnected for this not to succeed.”