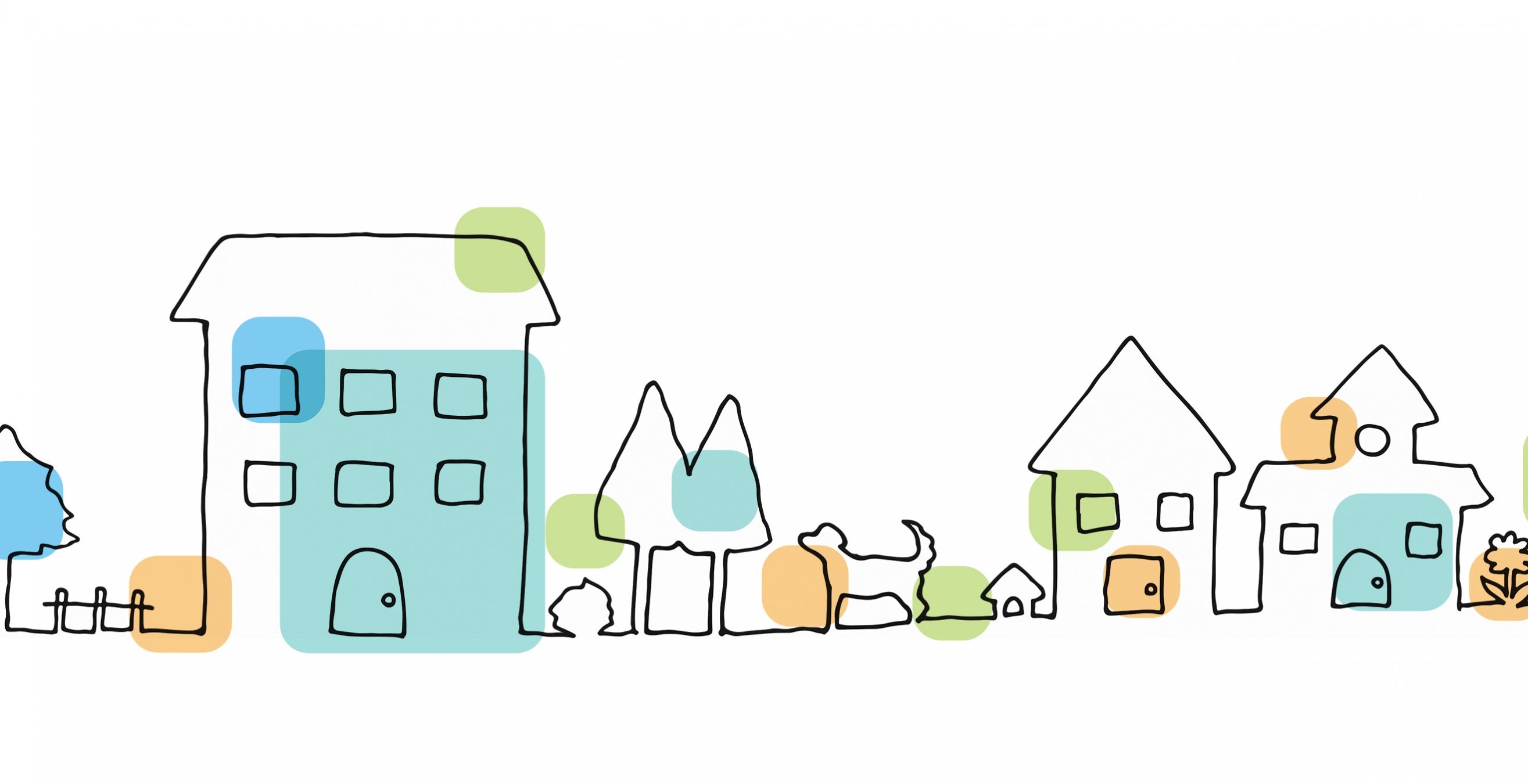 Tara Matthews stands in a Pittsburgh-area parking lot, next to towering stacks of laptop computers. It’s July 2020. The deadly COVID-19 pandemic is causing people to isolate in nearly every aspect of life — socially, academically and professionally.

Access to the internet has become more necessary than ever before, which is why, on this summer morning, Matthews will help distribute laptops to social workers employed by Allegheny County, who will then rush them to those in need throughout the region.

“A lot of our neighbors don’t have computers or internet access other than their phones, making it hard in the best of times to do schoolwork, apply for jobs and access social services. During the height of the pandemic, it was almost impossible,” recalls Matthews.

In the first year of the pandemic, Allegheny County, with Matthews’ help, provided more than 1,500 computers to the underserved population. 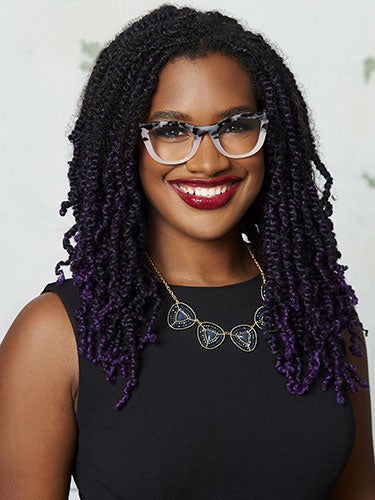 Matthews (A&S ’12, GSPIA ’15) is employed by the county, but she isn’t a social worker, so she never met any of the grateful recipients face-to-face. The stories she heard from her coworkers moved her to tears, however, which is why she is so happy that, in her small way, she helped make the distribution possible.

“I kept hearing how the laptops were lifesaving. When individuals and families received them, they were amazed — many of them cried tears of joy and relief.”

Even before the pandemic, Matthews was helping the community in her role as an application specialist with the Allegheny County Department of Human Services. Among her responsibilities, she helps provider agencies use the department’s software so that they can best serve the public. She takes great pride in connecting people with the data or tools that can be of most use to them.

“In a way,” she jokes, “I’m a translator,” adding that it’s all about making the community stronger.

Matthews is just one of the thousands of Pitt grads who have dedicated their careers to making Pennsylvania a better place to live. Statistics show how they enhance lives throughout the commonwealth — and make a real economic impact, too. The more than 194,000 Pitt alumni living in the state are expected to generate a total of $563 billion for Pennsylvania during their careers.

Matthews’ professional path hasn’t veered from Pittsburgh since she graduated. But the path taken by two other alumni bettering the region — Dale and Barbara Deist — involved many more miles.

After earning his chemical engineering degree from Pitt in 1969, Dale (ENGR ’69, BUS ’88G) signed on with the Pittsburgh-based paints and materials company PPG and started his move up the career ladder. He bounced around the country with the company, landing in Indiana, Texas and California, among other states. By 1984, the couple and their young family were back in Pennsylvania, and Dale decided it was time to further his education. He enrolled in Pitt’s executive MBA program. He was ready to set out on his own professionally. He was also motivated by his family’s desire to reestablish their roots in Western Pennsylvania.

“We looked at existing businesses from Erie to Pittsburgh and made offers on seven before landing on one that I drove by every day on my way to the PPG plant,” Dale says. It was a small manufacturing company. “We changed the name to Deist Industries, and the business focused on truck equipment fabrications.”

As he got to work, Dale leaned heavily on support from the University’s small-business networks — both formal and informal. He drove down to Pittsburgh once a month to meet with other entrepreneurs to share tips, ideas and encouragement. He also received help from what was then the University’s Family Enterprise Center. (Today, small-business owners get advice and network through the Institute for Entrepreneurial Excellence.)

While Dale was growing the family business, Barbara (A&S ’70, SCI ’71) was contributing to the community in a different way. She was using her master’s degree in library science at a local library’s children’s department, instilling a lifelong love of books and learning in generations of children.

Deist Industries eventually grew from 17 employees to 55 before Dale and Barbara happily sold it to their daughter and son-in law in 2010. The second generation continues to grow the firm. It now provides 185 jobs in rural Pennsylvania. 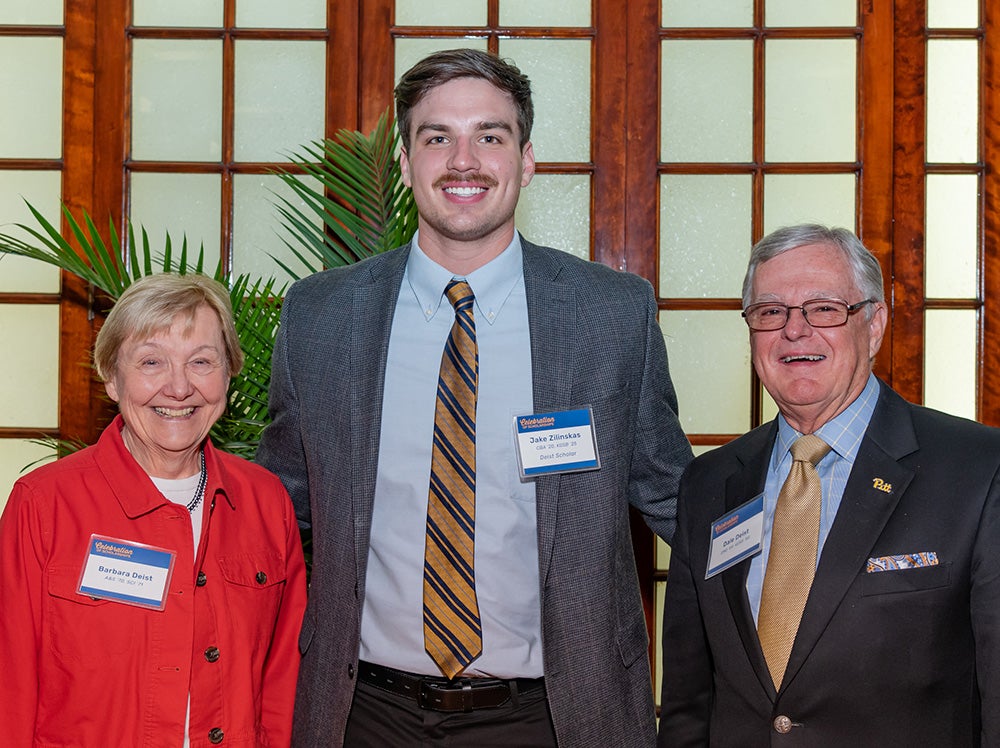 “I grew up on a farm, and my dad worked at a local manufacturing firm to make ends meet, so I know how important it is to have jobs in rural Pennsylvania,” Dale said. “Those jobs are life-giving to the community.”

Matthews, on the other hand, didn’t have a rural Pennsylvania upbringing. A Maryland native, she enrolled at Pitt to pursue dual degrees in economics and political science with a certificate in global studies. She thought she was going to change the world by growing economic opportunities for women and other under-empowered groups outside the United States. Then, during her master’s program, she realized that her strengths lie more in data analytics than in field work. She also realized that she didn’t need to leave her new home state to make a difference.

Her first job out of school was with the City of Pittsburgh, where, among other things, she worked on the Burgh’s Eye View project to share data about everything from building permits to public safety with the public in nearly real-time. She then moved into her role with the Allegheny County Department of Human Services.

“It would be impossible for me to be where I am today without my Pitt education,” says Matthews. “The Pitt name carries weight and comes with a strong professional network.”

The Deists say they feel much the same gratitude toward their alma mater for their success and the local jobs its created. Matthews and the Deists also point out that they are just two examples of Pitt grads tightly woven into the fabric of Pennsylvania. Together, says Matthews, alumni are collectively making a real difference.

“Giving a community the tools they need to thrive is empowering and transformative. People are fully capable of succeeding when given the resources they need — whether that is access to data, employment or training. Pitt has given me and others the skills we need to help.”

Correction: This story was updated to correct the month when Tara Matthews handed out laptops and the number of laptops distributed in 2020. 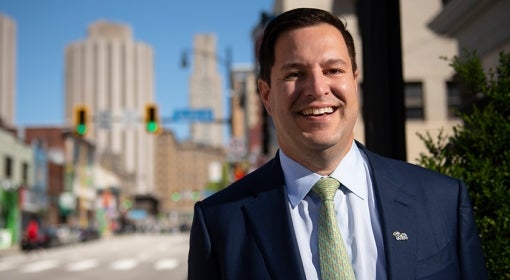 A small business's success or failure can depend on a few key decisions. That's where Pitt’s Institute for Entrepreneurial Excellence, led by Robert Stein, steps in. 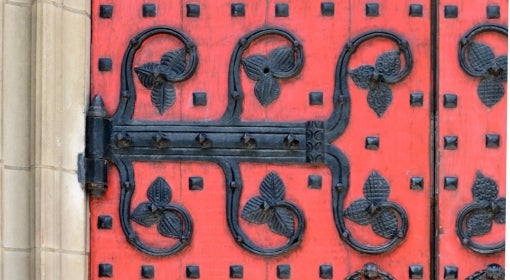 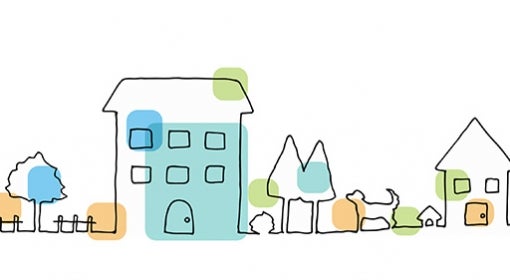 Pitt grads are tightly woven into the fabric of Pennsylvania, creating jobs, meeting needs and making the commonwealth better for all. 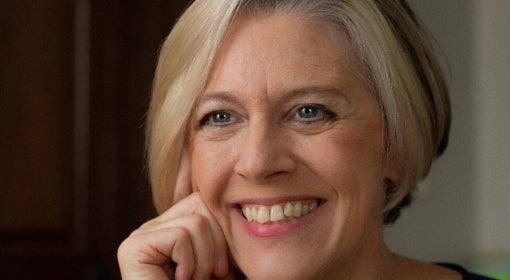