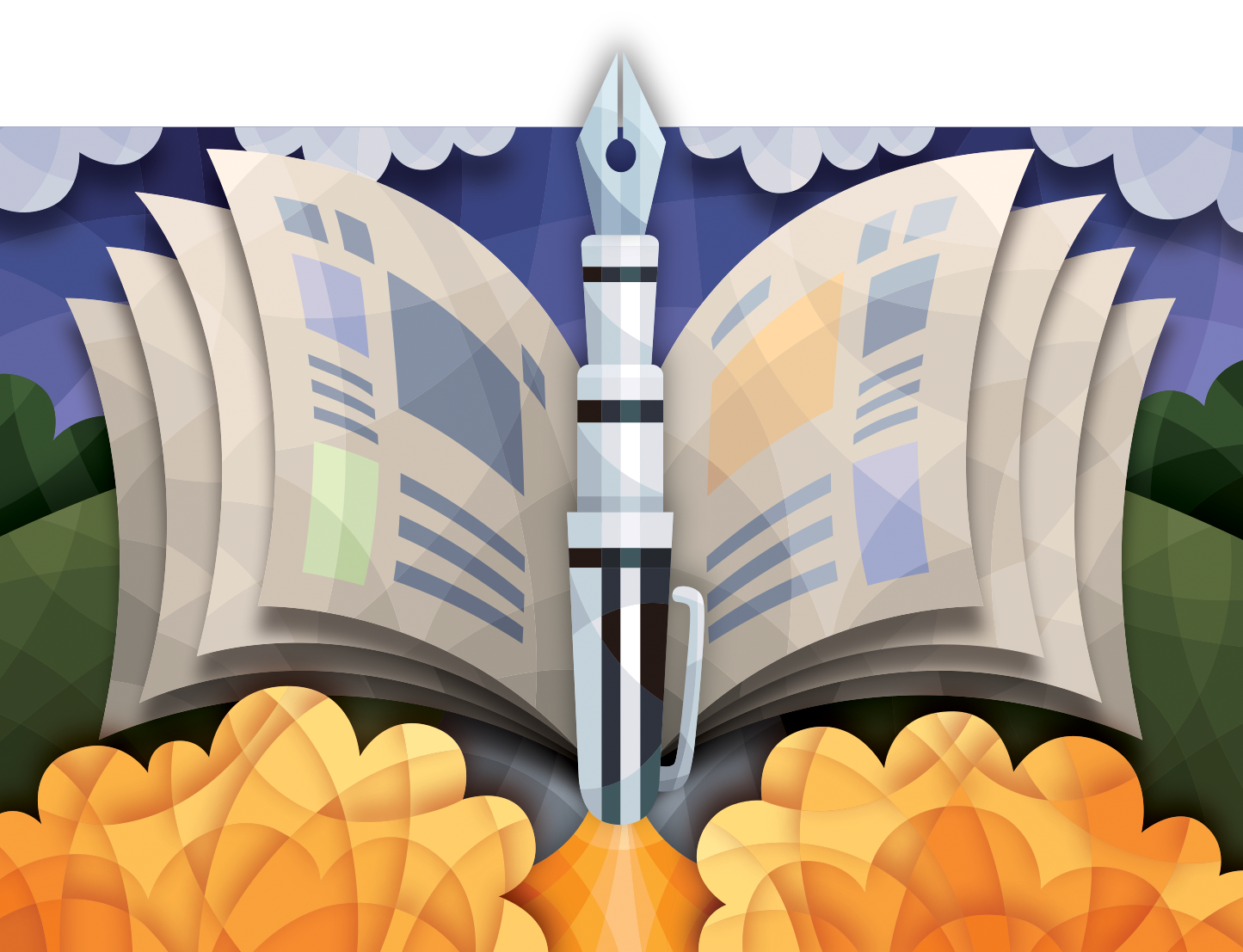 The 29 faces staring back at Christian Snyder showed interest—and perhaps a little doubt. There they were, crowded into the Pitt News office in the William Pitt Union to discuss the nuts and bolts of journalism, but many of the high school students admitted that they weren’t big readers of the news. No matter. Snyder, then the editor in chief of the campus newspaper, had invited them there to learn more about news writing and its value to society. He hoped his passion for storytelling might rub off on some of the skeptics.

With the paper and a busy class schedule, Snyder didn’t have a ton of free time, but when Leslie Chabala, then a teacher at Pittsburgh-area high school Nazareth Prep, reached out to the Pitt News for help exposing her students to the world of journalism, he didn’t hesitate. “Let’s meet,” he told her. “Let’s do it.”

Chabala’s students were working on a writing project that carried them into the post-industrial boroughs of Rankin and Braddock. The steel towns have been on the decline and are far away from the neighborhoods where many of the Nazareth Prep pupils live. But moving out of their comfort zones was all part of the lesson. Their teacher sees journalism as a way for young people to practice their writing skills while learning about real people and real issues of economics, loss and renewal, and social justice.

The high schoolers, however, were nervous about connecting to unfamiliar people and environments. They worried they would go into Rankin and Braddock and not find anything of value or concern to write about.

That’s where Snyder came in. He spent several months working with the class, becoming the students’ mentor, editor, and cheerleader. He provided feedback on their story ideas, visited their classroom to discuss their works in progress—and invited them up to the Pitt News office to talk about newspaper journalism.

That day, they discussed forming story angles, developing details, and the importance of accuracy. At one point, he shared two different articles on a high-profile criminal trial. “See?” he said. “There’s no one way to tell a story.”

Snyder, a Pittsburgh native, was also a high school student when he took his first foray into journalism, taking pictures and writing stories about a global youth conference. Later, the Pitt News strengthened his skills and passion and prepared him to cover issues important to the community. He knows how empowering it can be to receive guidance and to have others express confidence in your capabilities.

As the term progressed, Snyder watched the students rise to the challenge before them. He celebrated their hard work and perseverance at an exhibition that showcased their finished work. Then, he featured their writing on the Pitt News website, providing a place where their journalism can be accessed publicly. It was important to him, as a burgeoning journalist himself, to lift up the students’ voices.

“I believe the more people that write their stories and the stories close to their communities,” he said, “the stronger our collective storytelling will be.”