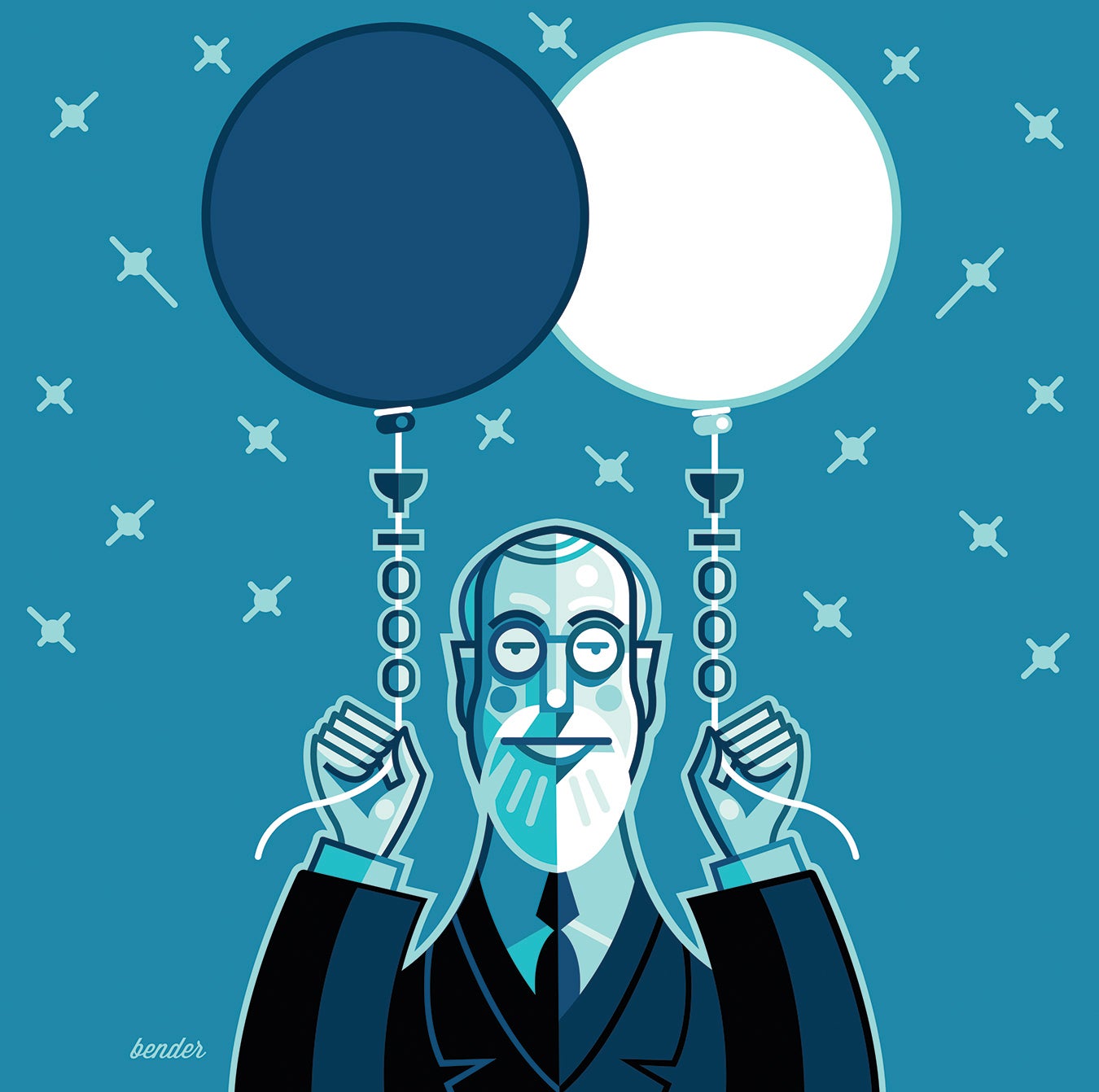 The students huddled around a cardboard canister packed with chords, cables, and computer components. An unexpected problem had arisen—a wire soldered to a tiny, single circuit-board computer had somehow detached. Grace Chu, a Pitt sophomore majoring in physics and astronomy, leaned closer to troubleshoot.

“Nine minutes to launch,” announced David Turnshek, professor of physics and astronomy. The tension inside the Allegheny Observatory mounted.

Chu and her teammates were racing to launch a high-altitude balloon carrying a cache of technology to a height of 85,000 to 105,000 feet. From there, the gear—cameras, computers, and light sensors—would gather data and return video to the young scientists on the ground. This was the final test launch before the team members’ trip to Springfield, Tenn., where they would be perfectly positioned to capture the total solar eclipse from more than 16 miles above the Earth.

Back at the test launch in Pittsburgh, Chu worked quickly but carefully as the seconds ticked away. Soon, Marshall Hartman came in from the Observatory lawn on Pittsburgh’s North Side, where he was helping to fill an enormous white balloon with helium. As he offered his teammate a hand, Turnshek and physics and astronomy faculty member Russell Clark hung back. This project was an opportunity for students to learn by doing—on their own. That’s part of what made the experience so valuable, said Hartman. He graduated from Pitt in the spring but chose to remain a member of the Shadow Bandits before heading to Wisconsin to start work as an engineer.

“These are the kinds of problems engineers face every day,” he said. He and Chu reattached the wire with minutes to spare.

“Alright, folks,” said Turnshek, glancing at his watch. It was time to go.

The group carried the canisters outside, where the balloon hovered 30 feet above the ground. Once everything was attached, the signal was given. Released, the balloon shot straight up, trailing its payload behind it like the long tail of a kite. Within minutes, the balloon was invisible behind a thick bank of clouds.

The test launch was a success, but the day wasn’t over. After 30 minutes in the air, the balloon parachuted to the ground as planned. The team followed GPS coordinates to track where it landed and recovered it two hours later near Saltsburg, Pa.

A couple weeks later, the Pitt group made another successful launch, this time in Tennessee, where members gained valuable data for their NASA-funded project and a once-in-a-lifetime experience. But as their final test launch came to an end, the Shadow Bandits already had something to celebrate: they were another step closer to capturing a truly heavenly sight.

To see what the Shadow Bandits’s balloon captured during the eclipse, check out pi.tt/pitteclipse.