Frank J. Karfes DEN ’58, A&S ’60 has completed 52 years as an active oral surgeon. His dental practice is in Cleveland, Ohio.

Joseph Gilkey A&S ’60, EDUC ’70G presented a lecture as part of Adventures in Living, a summer course for the Institute for Learning in Retirement at the University of Florida. The topic was “Along the Monongahela … Growing Up in the Pittsburgh Area.”

Louis Grumet GSPIA ’71 published The Curious Case of Kiryas Joel: The Rise of a Village Theocracy and the Battle to Defend the Separation of Church and State (Chicago Review Press), the true story behind a U.S. Supreme Court case in which Grumet was the plaintiff. He is the former executive director of the New York State School Boards Association.

A.J. Kreimer A&S ’75 received the Boy Scouts of America’s Distinguished Eagle Scout Award in recognition of his notable career and voluntary service to his community. He is an assistant professor of practice in accounting at Temple University’s Fox School of Business.

Mark Huberman LAW ’76 retired from his position as chief magistrate of the Mahoning County Domestic Relations Court after a 30-year judicial career. He is now administrator of the Ohio Association of Magistrates and the executive director of the National Health Association. He resides in Boardman, Ohio.

Richard H. Pfau EDUC ’77G published Your Behavior: Understanding and Changing the Things You Do (Paragon House), which aims to help readers better analyze and change personal behaviors. He is a human behavior researchers and consultant and has taught in seven countries. He lives in Mansfield Center, Conn.

Judith R. Robinson CGS ’80 published Carousel (Lummox Press), a collection of her fiction and poetry. She teaches poetry in the Osher Lifelong Learning Institutes at Carnegie Mellon University and the University of Pittsburgh.

Larry A. Sellitto CGS ’81, EDUC ’84G, ’87G was recognized as a 2016 Top Doctor in the Eastern Region by The Leading Physicians of the World. He is a specialist in the treatment of addictive disorders and has a general practice in Monroeville, Pa.

Diane Redington NURS ’83G established the GYN Carcinosarcoma Project, a nonprofit dedicated to finding a cure for the rare uterine/ovarian cancer. A nurse-practitioner in Park City, Utah, she has raised more than $230,000 in research funds since being diagnosed in 2015.

Norman A. Stahl EDUC ’83G was inducted into the Reading Hall of Fame at the annual conference of the International Literacy Association. He is a professor emeritus of literacy education at Northern Illinois University in DeKalb, Ill., and serves on the leadership team for the Council of Learning Assistance and Developmental Education Associations.

Kim Coley PHARM ’87 received the 2017 Preceptor of the Year Award from the Pennsylvania Pharmacists Association (PPA). She is the chair of the PPA Editorial Review Board and a professor in Pitt’s School of Pharmacy.

Rose Hoover CGS ’87 was named one of Pittsburgh Business Times’ Outstanding CEOs and Top Executives. She is the president and chief administrative officer of Ampco-Pittsburgh Corp.

Steven Markenson A&S ’87 oversees research at the Food Marketing Institute in Arlington, Va. He is a market research executive with expertise in quantitative and qualitative market research across a range of industries.

Janis Burley Wilson A&S ’88 is the new chief executive officer and president of the August Wilson Center for African American Culture in Pittsburgh.

Sheila Alexander NURS ’89, ’04G was selected as a winner in the Nursing Research category of the Nightingale Awards of Pennsylvania. The recognition honors exceptional nurses practicing in the Commonwealth. She is an associate professor of acute and tertiary care in Pitt’s School of Nursing.

Constance Sayers UPG ’90 cofounded Thoughtful Dog, an online literary and lifestyle magazine, with her sister Loie Sayers. She serves as the publisher as well as the editor of the magazine’s lifestyle pieces.

Mark Geiser ENGR ’93 was promoted to associate in the Carlisle, Pa., office of Dewberry, an engineering consulting firm. He has extensive experience in the preliminary and final design of Pennsylvania Department of Transportation and Pennsylvania Turnpike Commission highway projects.

Barbara Edelman A&S ’95G published her debut collection of poetry, Dream of the Gone-From City (Carnegie Mellon University Press). She is a lecturer in Pitt’s Department of English.

Sean-Michael Green A&S ’98 was elected president of the board of directors for Connecticut’s Beardsley Zoo.

Jennifer Lingler NURS ’98G was selected as a finalist in the Nursing Research category of the Nightingale Awards of Pennsylvania. The recognition honors exceptional nurse practicing in the Commonwealth. She is an associate professor of health and community systems in Pitt’s School of Nursing.

Margaret Lehman Blake A&S ’99G published The Right Hemisphere and Disorders of Cognition and Communication: Theory and Clinical Practice (Plural Publishing, Inc.). She is an associate professor in the Department of Communications Sciences and Disorders at the University of Houston.

James Butler GSPH ’99 was promoted to the tenured position of associate professor of behavioral and community health at the University of Maryland, College Park. He is also the associate director of the Maryland Center for Health Equity.

Bill Viola Jr. UPJ ’00 produced Tough Guys, a Showtime movie inspired by Godfathers of MMA, a book he coauthored with Fred Adams. Both the book and the film depict Pittsburgh as the birthplace of the sport of mixed martial arts. Viola lives in Norwin, Pa.

Matt Hudson released the contemporary jazz CD Nothing for Granted with his four-man band, Scientific Map. The group hails from the southside of Chicago, where Hudson, a guitarist, also works as a jazz educator.

Jessica Devido NURS ’04, ’08G, ’14G was selected as a finalist in the Nursing Education category of the Nightingale Awards of Pennsylvania. The recognition honors exceptional nurses practicing in the Commonwealth. She is an assistant professor in Duquesne University’s School of Nursing.

Rebecca J. Morris SIS ’04G, ’11G published School Libraries and Student Learning (Harvard Education Press), which offers strategies for collaboration among school leaders, teachers, and librarians. She is an assistant professor in the Department of Library and Information Studies at the University of North Carolina at Greensboro.

Stephanie McGrath PHARM ’07G was recognized by the Pennsylvania Pharmacists Association as one of 2017’s top 10 pharmacists practicing for less than 10 years.

Keith Gavin A&S ’08, a former Pitt wrestler, is now Pitt wrestling’s head coach. He was a member of the U.S. Olympic wrestling team for more than six years.

Melinda Kozminski PHARM ’09G was recognized by the Pennsylvania Pharmacists Association as one of 2017’s top 10 pharmacists practicing for less than 10 years.

Linda Strachan SOC WK ’09G was named the executive director of the Victim Outreach Intervention Center, a provider of comprehensive services for victims of violent crimes in Butler County, Pa.

Nikos Giannopoilos A&S ’10 was named Rhode Island’s 2017 Teachers of the Year. He is a special education teacher at Beacon Charter High School for the Arts in Woonsocket, R.I.

Kate Lasky A&S ’11, GSPIA ’13 is founder, co-owner, and manager of Apteka, a Pittsburgh restaurant that serves European-inspired vegan food. The restaurant was named 2017 Best New Restaurant by Pittsburgh Magazine and was highlighted in GQ.

Roshni Patel PHARM ’11G was recognized by the Pennsylvania Pharmacists Association as one of 2017’s top 10 pharmacists practicing for less than 10 years.

Sarah Dombrowski PHARM ’12G, Kyle McCormick PHARM ’12, ’14G, and Nicole Pezzino PHARM ’12 were each recognized by the Pennsylvania Pharmacists Association as one of 2017’s top 10 pharmacists practicing for less than 10 years.

Andrea L. Shoffstall Engr ’13 is a patent attorney at Brinks, Gilson, & Lione in Chicago, Ill. Her areas of practice include patent prosecution and litigation of applications for various technology fields.

Brandon Antinopoulos PHARM ’14G was recognized by the Pennsylvania Pharmacists Association as one of 2017’s top 10 pharmacists practicing for less than 10 years.

Michael Magliocca A&S ’14 is pursing professional fight choreography and acting in New York City. He is an active member of the Society of American Fight Directors.

Colin Huwyler ENGR ’15 is the founder of Optimus Technologies, which won a 2017 Governor’s Award for Environmental Excellence for its “City of Pittsburgh 100 Percent Biodiesel Project.” 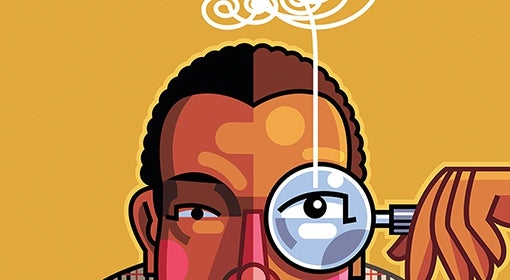 A wheelchair tennis star finds fulfillment on the court. 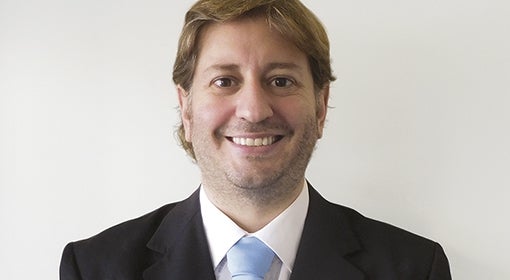