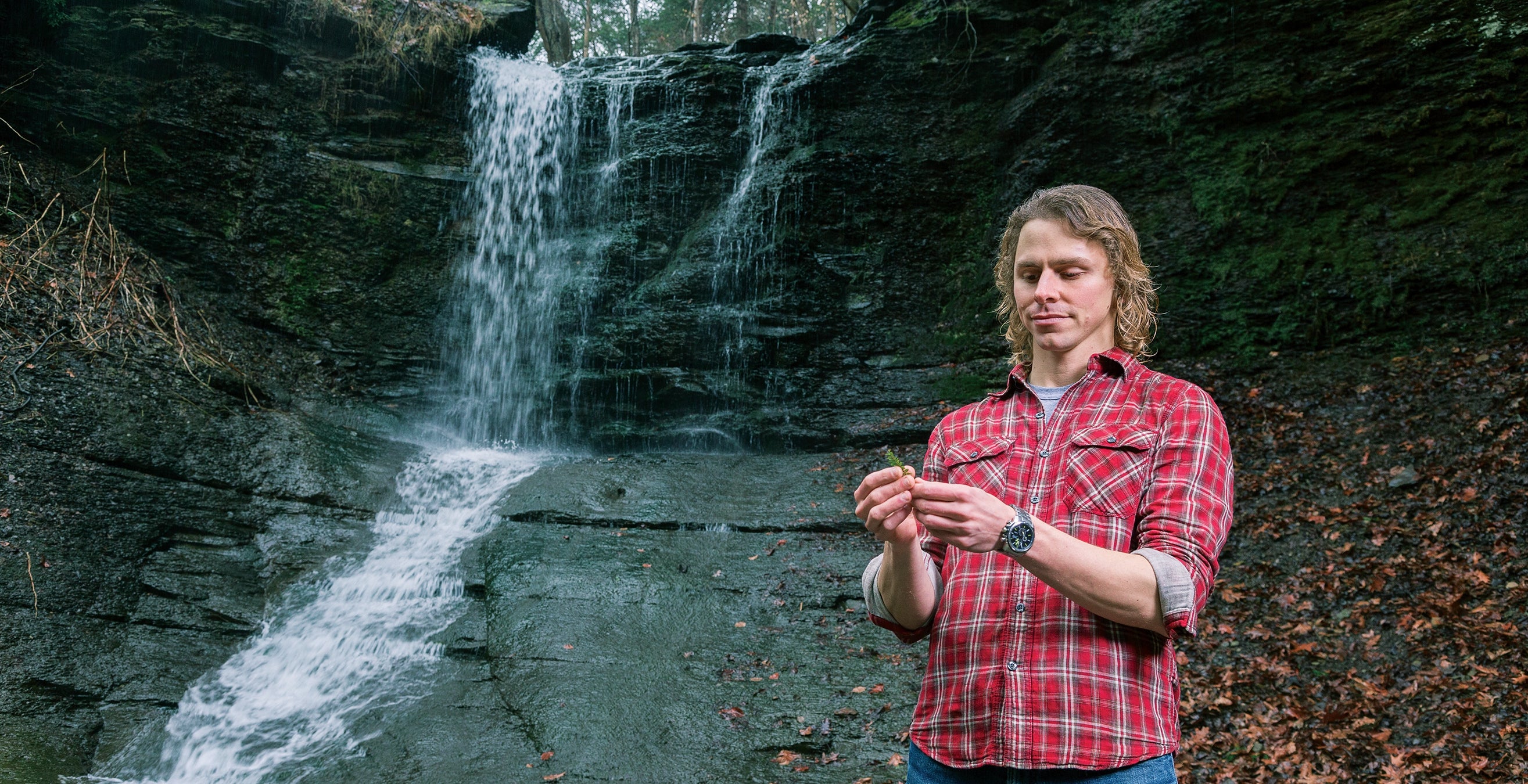 The drummer of the thrash metal band Mantic Ritual is pestered by minor health issues: his skin doesn’t look good, his hair isn’t healthy, his digestive system doesn’t run smoothly. He’s young—in his early 20s. He thinks he should feel on top of the world. He doesn’t, and he wants to do something about it.

“I decided not to outsource my health,” says Adam Haritan about his youthful health epiphany. “I thought, ‘I know my body the best and am the best person to take care of it.’”

At the time, he was studying music at Duquesne University. He began to pay attention to his diet and became interested in clean eating. This new health awareness led him to Pitt’s dietetics and nutrition program in the School of Health and Rehabilitation Sciences.

That decision culminated in his true passion. Today Haritan (SHRS ’14) is a wild-food enthusiast, researcher, and forager. He leads educational foraging walks, offers presentations on topics such as Mushrooms of the Fall, and sells his own handcrafted wild-plant-and-mushroom-based supplements on his Web site, LearnyourLand.com. His work is more than just a way to make a living; it’s a lifestyle. Through it, he “discovered some of the healthiest foods aren’t found in supermarkets but in forests, parks, city parks, and nature.”

When Haritan first started learning about nutrition, he went on a walk offered by a local foraging group in Pittsburgh’s South Side neighborhood. It was eye opening. “I did not acknowledge plants until this time in my life,” he says. “I would walk right past them, not see them flower or turn into fruit or seed. That walk demystified plants for me.”

Now the natural world is central to Haritan’s life and health. “You can build yourself out of the land, by eating it,” he says, and that is what he tries to teach others when he’s lecturing at Phipps Conservatory, or L.L. Bean, or leading a guided walk through Schenley Park.

Of course, as poison ivy sufferers know, not all encounters with plants are beneficial. Research is key to understanding what is safe to eat. Haritan is grateful for his Pitt education, especially the knowledge that enables him to delve into and assess original source material. “When I talk about the medicinal benefits of this plant or its toxic properties, I have all the terms in my lexicon,” he says.

Haritan’s diet includes many foraged foods—acorns, for example, which he turns into flour for baking or breakfast porridge; or stinging nettles, which can be cooked like any leafy green and are highly nutritious; or reishi mushrooms that, while too tough to chew, can be turned into a tincture said to boost the immune system. All three of these are plentiful in the Pittsburgh region if you know where to look and, like Haritan, decide to open your eyes and your mind. 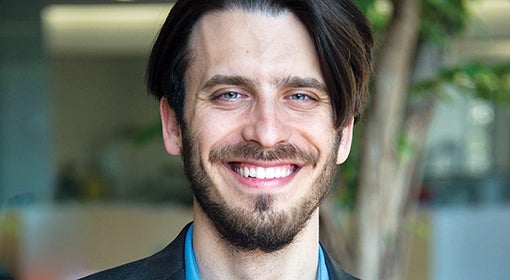 Encouraging the next generation of thinkers.