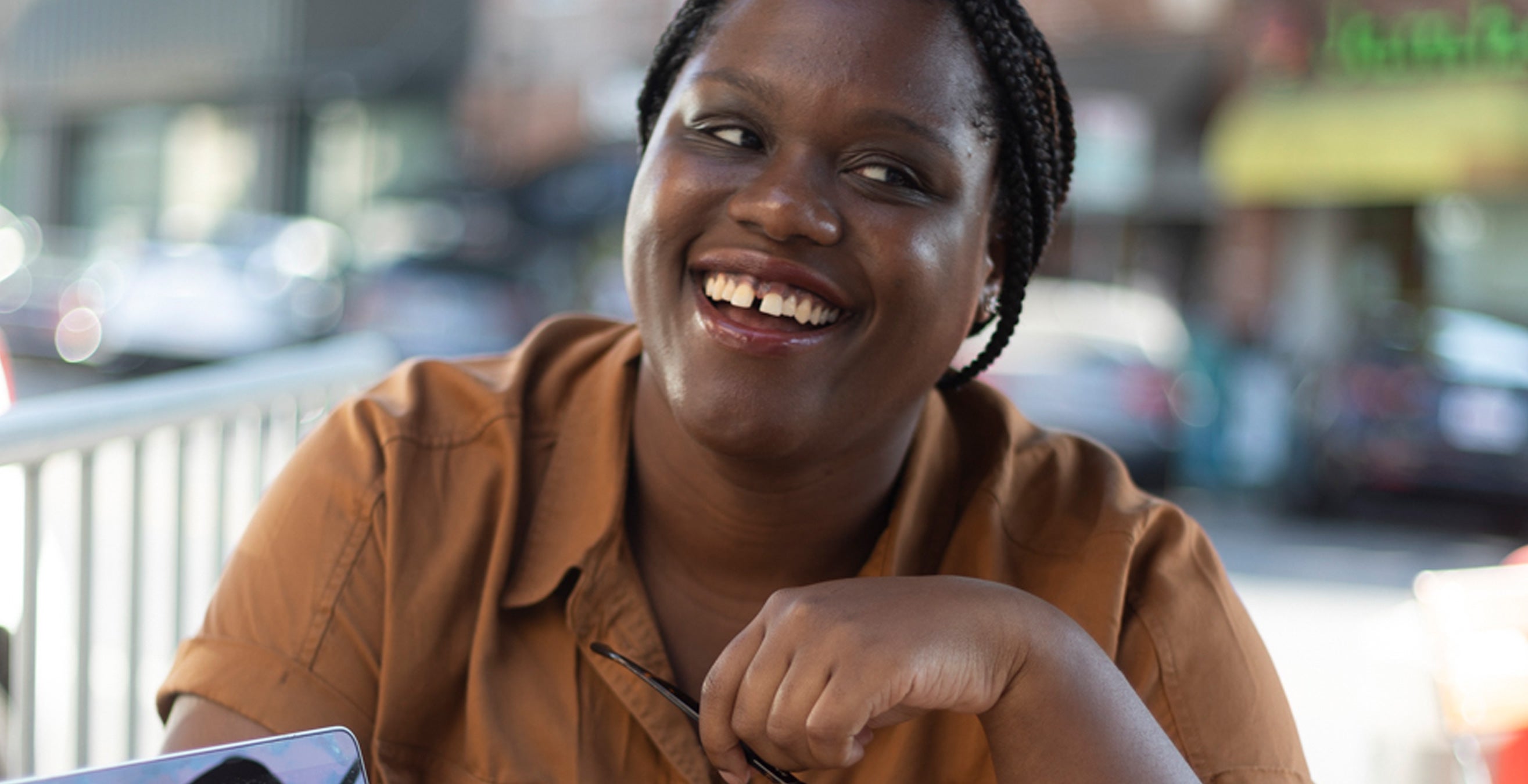 Growing up, Kelechi Urama knew what she wasn’t. She wasn’t a fashionista or a dancer. She was “goofy” and, inspired by the comedic stylings of Issa Rae, Amy Poehler, Mindy Kaling and others, soon landed on “being the girl who could make people laugh.”

At Pitt, the Maryland native studied media and communications; performed briefly with Ruckus, a student improv group; and wrote for The Pitt News. She also won a short-film script contest. It was the first script she had ever written—but not the last.

Today, Urama is a comedy writer on the rise. Her television pilot script, “I Need Black Friends”—based on her time in Pittsburgh—earned industry attention and won the grand prize for half-hour shows in the 2020 WeScreenplay TV Pilot Competition. She lives in Los Angeles and is a staff writer for the Starz comedy “Run the World,” which is about the lives, loves and careers of a group of women in their 30s. She recently was hired as a story editor on a returning Syfy series. Poised to keep the laughs coming, Urama is also working with producers to develop a new comedy series.

What’s one of the secrets to writing good comedy?

I don’t have any secrets—but I think it’s about being observant. That’s a positive of being an introvert. You spend a lot of time watching everyone around you and can begin to pull in the real-life elements that show how ridiculous people can be.

How do you construct a joke?

For me, it always begins with a punchline, and I just keep coming back and building on that until I can make it something unexpected. Creating comedy that people don’t see coming—that’s what I love the most.

Do parts of yourself show up in your work?

I tend to write stories that center on younger Black women. I think there’s beauty in specificity, and I’ve found that people connect with my stories the more specific they are to me. I grew up with Black women. And I know the incredible number of personalities, the different stories, the different experiences that women bring to the table. And it just feels like television and film haven’t quite caught up.

Where do you turn for a good laugh?

I like to follow Yvette Lee Bowser, who, of course, created the sitcom “Living Single.” It’s one of my favorite comedies. But I also turn to “A Different World,” “Happy Endings” or animated shows like “American Dad!” These shows take me to a happy place.

What’s the value of comedy today?

Comedy is crucial. We’re in tumultuous times, and the past few years feel like back-to-back traumas. I feel like a lot of people are angry, rightfully so, and they feel powerless. There reaches a point where you have to find something that reminds you that as bad and as awful as things get, there’s still—not to be cliché—light at the end of the tunnel. And I think comedy is the perfect vehicle to get you there.