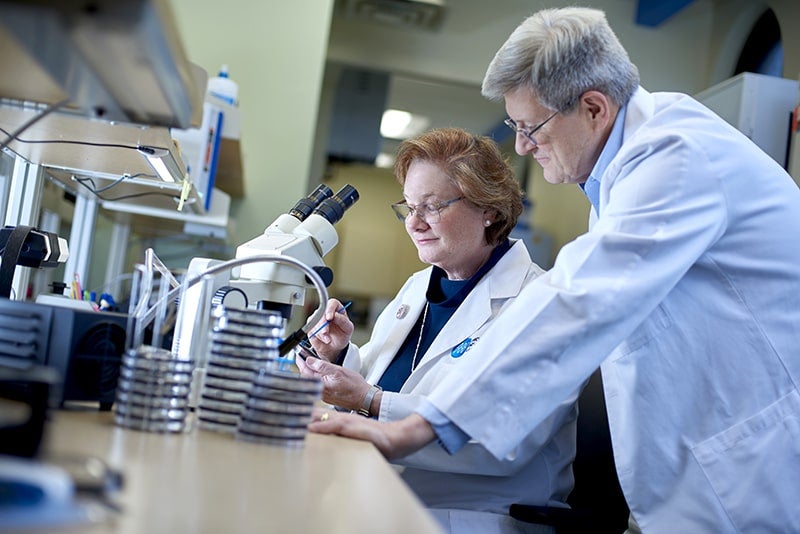 In the summer of 1976, military veterans in Pennsylvania were dying from a previously unknown form of pneumonia. Doctors ordered test after test, but none could identify the mystery illness. Experts from the Centers for Disease Control and Prevention (CDC) were called in to investigate, but they had no answers either.

“The most disturbing aspect of the outbreak …” a journalist wrote in the New York Times’ September 15, 1976, edition, “is that one of the most intensive and extensive epidemiological investigations in history has had no luck in ascertaining its cause.”

There was one major clue, however: All the victims had attended the American Legion convention at Philadelphia’s Bellevue-Stratford Hotel. Scientists at the CDC soon identified the cause as a newly discovered bacterium they named Legionella pneumophila. The illness associated with it became known as Legionnaires' disease. Still, the outbreak’s exact origin remained a mystery.

Over the next six years, experts’ best guess was that the bacteria came from the hotel’s air conditioning system. But then along came a young, inconspicuous University of Pittsburgh researcher who was instrumental in making a startling and consequential revelation.

That researcher was Janet Stout, and her career had a rather serendipitous beginning. After growing up in rural northwest Pennsylvania and earning her bachelor’s degree in biology from Clarion University, she had applied to Pitt with a plan to pursue a graduate degree in life sciences. But when she called the University to check on the status of her application, the main switchboard misdirected her to the Department of Infectious Diseases and Microbiology in the School of Public Health. Rather than hanging up and dialing again, Stout asked about the program. 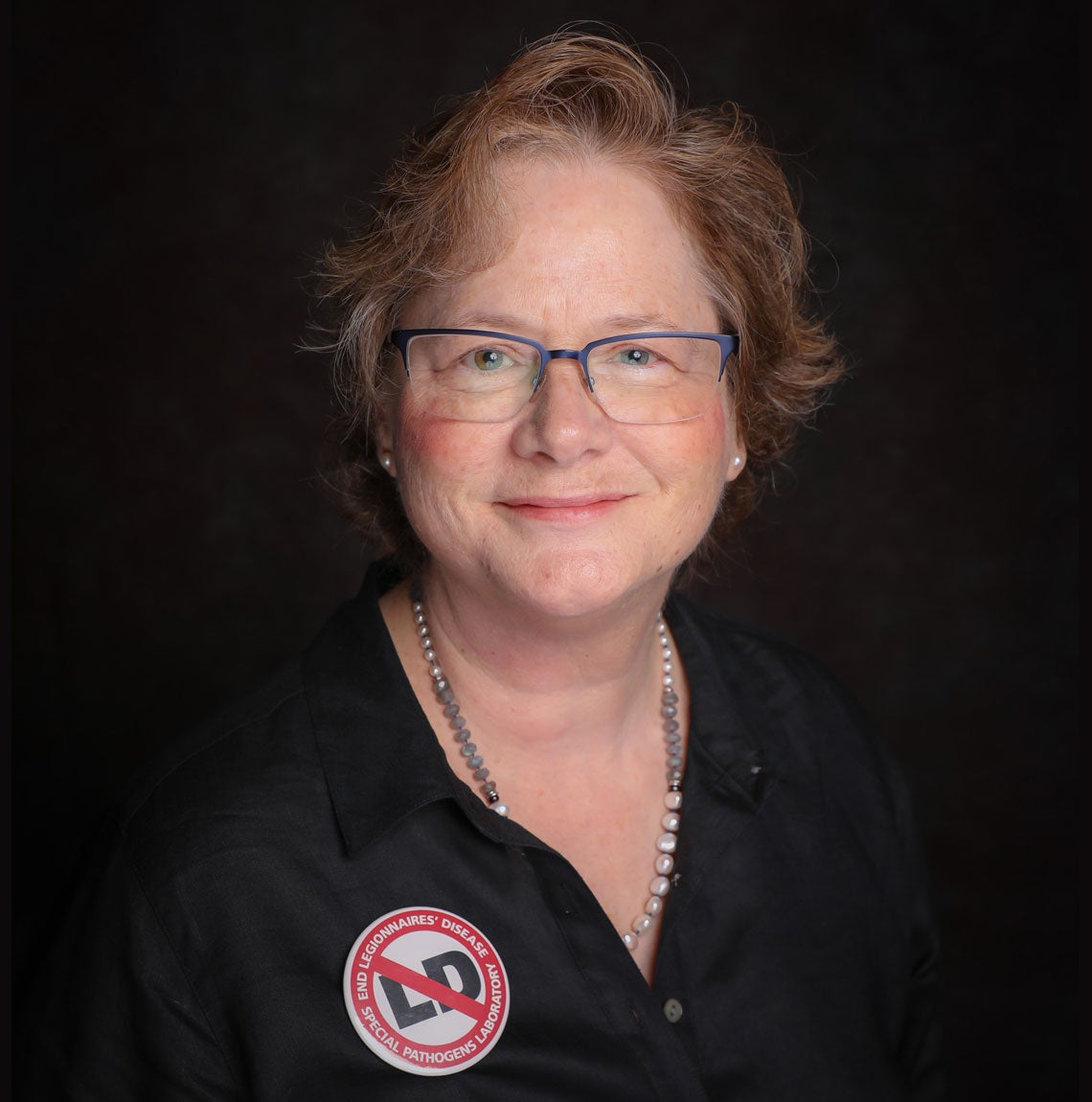 “I love telling this story because it’s like, ‘Are you kidding? Is that how it happened?’” reminisces Stout. “As soon as the program was described to me, I knew that was where I wanted to be—at the very juncture between science and health.”

Stout began her graduate studies in 1979 and soon met Pitt researcher Victor Yu. He was busy studying Legionella bacteria, which had continued to pop up in medical settings, including Pittsburgh’s Veterans Affairs hospital. Stout was eager to jump on board as a research assistant to help determine where and how the Legionella bacteria were infecting veterans.

Her work, under Yu’s mentorship, helped to finally identify the source of the VA hospital Legionnaires’ outbreak. It wasn’t the air conditioning cooling tower, as previously theorized, but rather the hospital’s tap water. The discovery promised to change detection and prevention for the disease.

Stout chronicled her research, and Yu submitted a paper to medical publications. In 1982, the prestigious New England Journal of Medicine published the Legionella findings, featuring the paper on the journal’s front page. Stout was listed as the lead author, which—combined with the headline-grabbing release of her research—was quite a feat for a graduate student.

“I was so young and naïve, I did not really understand the importance of being published in such a prestigious journal until much later,” says Stout.

The seminal research caused a paradigm shift in the understanding of Legionella and how to best respond to it. Grateful for the scientists’ breakthrough, the American Legion honored Stout and Yu with its Distinguished Research Award in 1982.

Stout, who ultimately earned her doctorate in infectious disease microbiology studying Legionella, has gone on to become one of the foremost experts in her field. In 1993, her work spearheaded the first guideline for Legionella prevention in United States’ health care facilities and has served as a model for health, governmental and professional organizations worldwide. The Association of Water Technologies—which represents companies that specialize in applying water treatments for industrial and commercial cooling and heating systems—recognized her research with the 1999 Ray Baum Memorial Water Technologist of the Year Award.

When the VA Special Pathogens Laboratory was abruptly closed in 2006, Stout created Special Pathogens Laboratory as a private, Pittsburgh-based facility meant to further advance her mission to end Legionnaires’ disease. The lab helps hospitals and other organizations implement risk assessments, water safety plans and testing of their water systems for Legionella bacteria to prevent or minimize outbreaks.

In addition, Stout advocates for better standards and regulations in Pennsylvania and beyond. She also speaks around the world, often at healthcare, plumbing and building managers conferences, where her expertise is highly sought. Those workers, she points out, provide the first line of defense against deadly outbreaks.

Stout (SPH ’81G, ’92G) recently sold Special Pathogens Laboratory, but says she isn’t ready to retire or step away from the fight against Legionella. She continues in her role as executive vice president in addition to serving as Research Associate Professor of Environmental Engineering at Pitt's Swanson School of Engineering. She’s also putting profits from the sale to good use by making investments in public health.

“You can take the girl out of academia, but you can’t take the academia out of the girl,” she says. “So, I immediately thought of creating a full graduate scholarship in Pitt’s School of Public Health.”

The first recipient will be named later this year. Stout says she looks forward to meeting the awardee, hearing their story and sharing her own history.

“When I went to the School of Public Health, after that misdirected call, there was no scholarship for me,” she says. “All these years later comes an opportunity to generously support the School and a PhD student.”

Whoever that student turns out to be, they will have quite a role model at the ready—no switchboard snafu necessary. 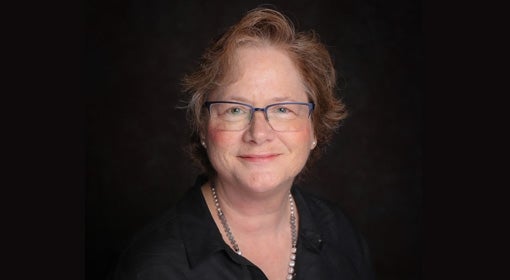 Go With the Flow

After a mix-up leads Janet Stout to her true calling at Pitt, a discovery changes her life and the health of countless others.