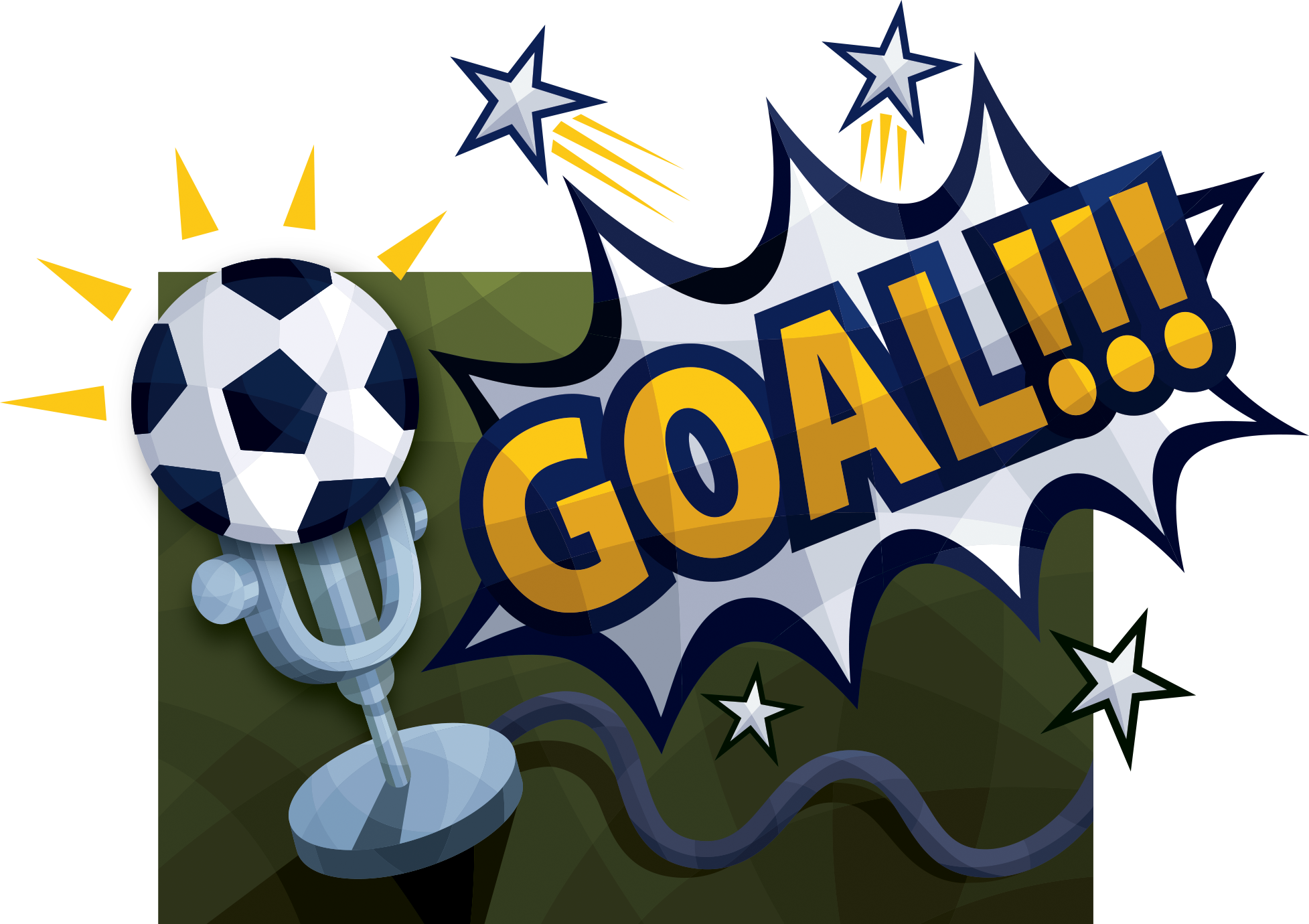 The soccer player pivots to her right, a flash of white angling toward Syracuse University’s goal. In the bleachers, fans hold their breath as she sheds her defender and coils back to take a shot.

Up in the broadcast booth, Pitt senior Jason Earle looks down through an open window and describes the action.

“A beautiful, perfect move to cut in from the left,” Earle says into his headset, the pitch of his voice rising. “She shoots and—Oh! Just missed over the crossbar and out of play.”

As the home crowd at Ambrose Urbanic Field in Oakland releases its collective breath, Earle glances at his notes to find information on the athlete who nearly scored. That would have been the first goal of the season for the sophomore player out of Bainbridge, Ohio.

“Panthers have been knocking on the door,” Earle remarks. “But Syracuse’s back line has been holding sturdy.”

For Earle, working in broadcasting has been a lifelong dream. As a boy, he honed his craft by listening to his sportscaster heroes, Jim Nantz and Ernie Johnson, then muting the TV to call televised games himself.

But that’s no match for the chance to call a real game, for a real audience. Now, thanks in part to the recent creation of Pitt Studios, a state-of-the-art production facility housed in the Petersen Events Center, and a partnership between Pitt Athletics and the ESPN-affiliated ACC Network, Earle is gaining invaluable, resume-building experience.

Tonight’s broadcast is a “pass-through,” a more stripped-down production without on-screen graphics or instant replays. Fans can hear Earle’s play-by-play through the ESPN app. But Pitt Studios is also responsible for more involved, video-based sports broadcasts that air on the app and television.

When the communications major first came to the University, there weren’t many opportunities like these available on campus. He exercised his sportscasting skills by helping out with game coverage on the student radio station, WPTS. But at the end of his first year, he heard about a call for students to help Pitt Athletics with the ACC Network broadcasts. He leapt at the chance and took on his first pass-through broadcast the following fall. As a junior, he enrolled in the University’s first-ever broadcasting class, offered through the Film and Media Studies Program, which allowed students to get training behind and in front of the camera in the then newly unveiled Pitt Studios.

“I’ve picked up so many fundamental production skills that I never would have received if I hadn’t gotten involved,” Earle says. He’s already leveraged his role as an ACC Network broadcast assistant into a coveted summer radio internship with CBS News in New York City.

Back in the booth, he follows the soccer game with laser focus. In the 37th minute of the first half, the Panther’s star forward pierces the Orange defense, dishing out an assist to a teammate who buries her shot in the bottom left corner of the net to put Pitt in the lead.

“Goal!” Earle cries, bellowing to be heard above the raucous fans.