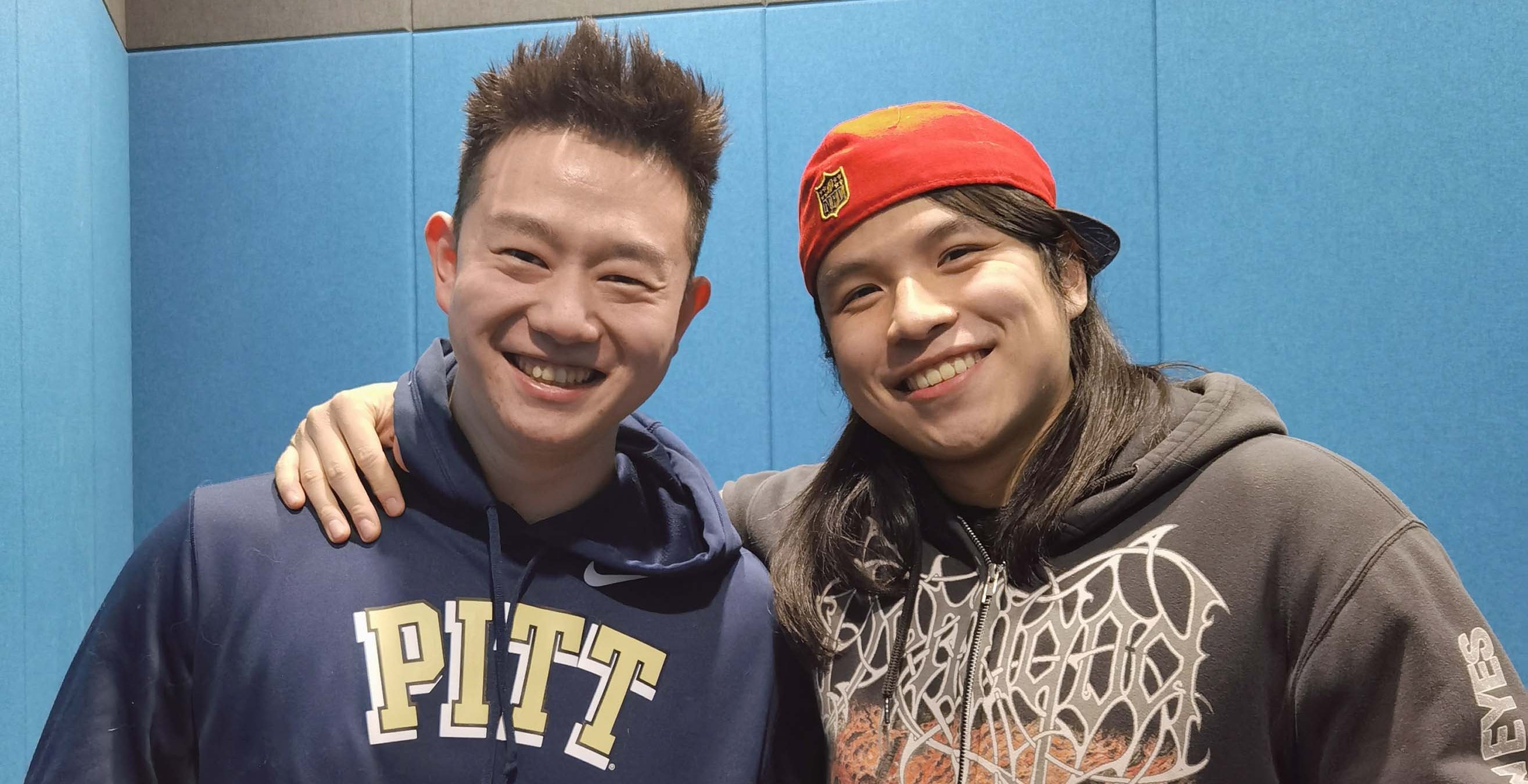 It’s 2 a.m. in Beijing, and Adam (Shi) Chang is on the edge of his seat. While most of the city is home in bed, the Pitt alumnus is at his office sitting at a desk in a small sound booth. Equipped with a headset, his laptop and pages of notes, he must be alert and ready to think on his feet as he watches the Pittsburgh Steelers’ offense clash with the Tennessee Titans’ defensive line 6,800 miles away at Pittsburgh’s Heinz Field.

With support from a colleague and small production crew, Chang narrates the play-by-play in-time with the video stream. Across China, anyone tuning in sees the game live, just as American audiences see it on screens across the United States — but they aren’t hearing the American commentators speaking over the action. They are listening to Chang (A&S ’19) as he provides his own run-down in Mandarin of the on-field action.

Chang has been commentating football games for Tencent Sports since September 2021. A subsidiary of Tencent (one of China’s largest media and technology conglomerates), Tencent Sports claims an exclusive partnership with NFL China. And, although the NFL has only been in China since 2008, its market is growing: One estimate puts football comfortably in the country’s top 10 sports.

Even so, NFL fans in China must keep odd hours if they want to watch games live. As a rookie commentator, Chang has the early Monday morning shift, calling Sunday afternoon NFL games in the United States. This means waking up at 12 a.m. to go on-air for what he estimates are six or seven thousand football enthusiasts tuning in across China. 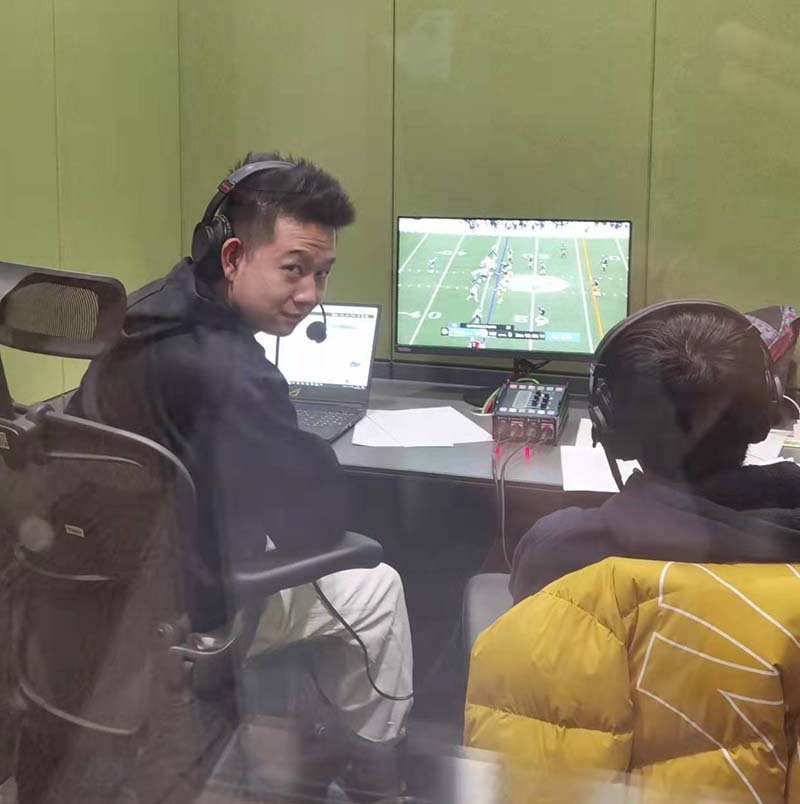 He’s not translating the words of his American counterparts, he emphasizes; rather, after hours spent researching each game’s teams and players, he’s producing original commentary for his Mandarin-speaking audience.

Fortunately, Chang’s fluency in English — as well as his natural affinity and understanding of football (and sports in general) ­— have helped his newfound commentating career flourish.

Growing up in Beijing, Abu Dhabi and New York City as the son of Chinese diplomats, Chang became internationally and athletically inclined early in life. He played flag football at his Chinese middle school and basketball at his high school in New York City.

When it came time to attend college, Chang says his choice was easy. “What separated Pitt from other schools is there’s a sense of belonging,” he explains. “I applied to similar ranking schools, but Pitt’s warmth really got to me.”

On campus to study political science and Arabic, he found friends and community while attending Panther and Steelers football games, playing intramural basketball, and organizing e-sport competitions through the Chinese Students and Scholars Association (CSSA).

After graduating in 2019, Chang moved back to Beijing, where he worked for several Chinese athletic organizations, including a football training program. Then Payton Fu, a colleague and friend, told Chang about his side-gig commentating NFL games for Tencent Sports. Fu asked, was Chang interested in giving the job a shot?

Fast forward several months, and Chang is finishing up his first commentating season with another win: He guided Chinese fans through the American Football Conference and National Football Conference Championship games for Penguin Sports, a popular live-streaming platform owned by Tencent. In addition to his nighttime commentating, Chang now works full time as a business development manager for Oriental Soar, a content-based sporting agency, during the day. And, come Sunday, he’ll be back at the Penguin Sports microphone to cover Super Bowl LVI, when the Los Angeles Rams meet the Cincinnati Bengals.

But for this Pitt alumnus, what’s most important isn’t the distinction, but sharing a sport he loves with his home country. “And that’s my goal,” he says, “to spread the joy of sports to others.”