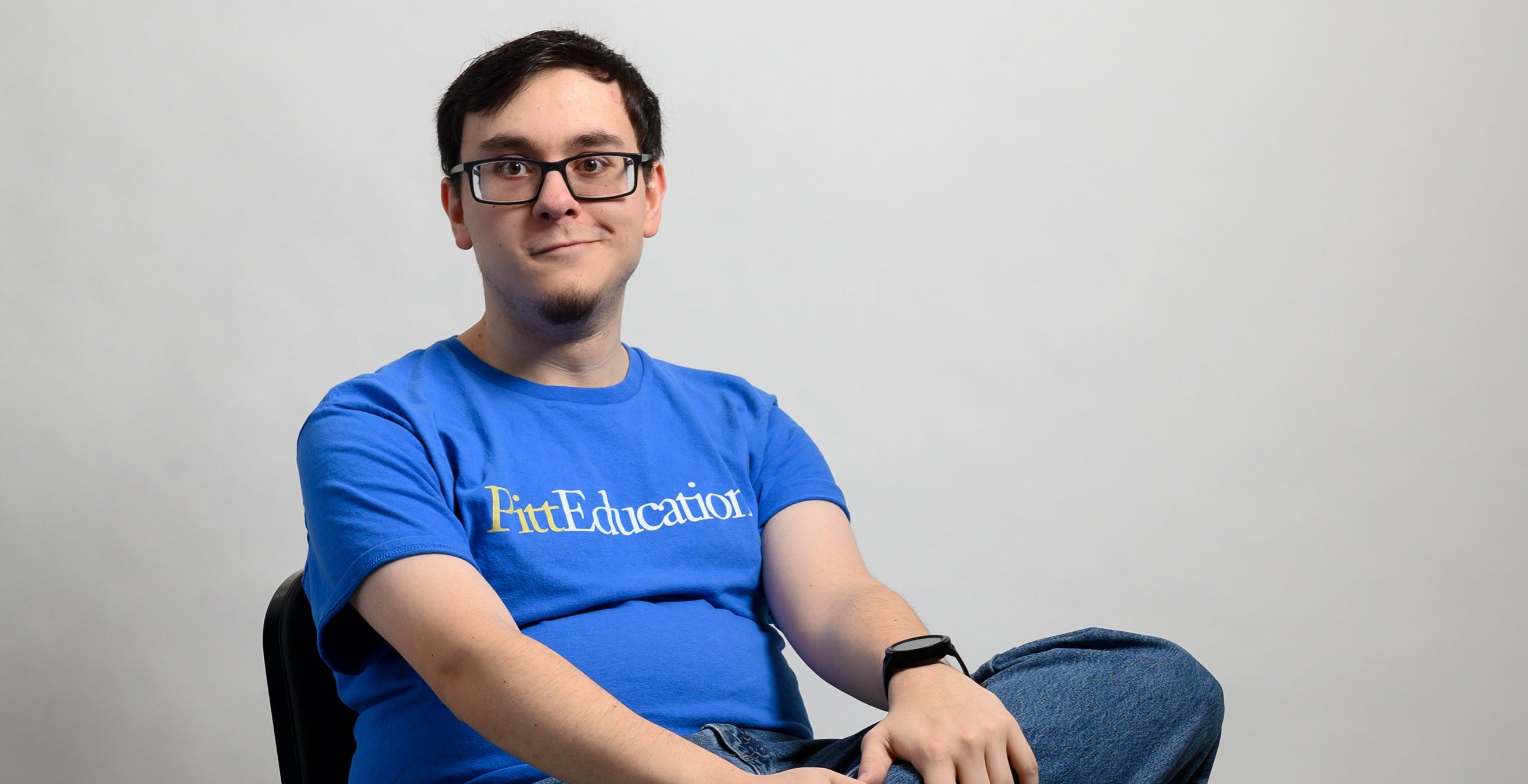 As Timothy Grebeck saw it, there were only three ways to respond to the bullying he faced as a kid with an autism spectrum disorder (ASD). He could turn into himself, attempting to disappear. He could lash out, becoming as bitter as his tormentors. Or, he could stand up and speak out. “I chose door three,” he says.

He believed that people would be more accepting if they knew more about autism. So, at 12 years old, Grebeck (EDUC ’19) began to give presentations about life with ASD to students around his Western Pennsylvania school district. Now a Pitt graduate student studying childhood elementary and special education, his advocacy work has only grown. Through his organization, Talking4Autism, he’s shared his message of understanding with students, educators, CEOs—and even the Pitt Police.

Why is it important to hear about ASD from people who are on the autism spectrum, themselves?

Autism is probably one of the most misunderstood disabilities out there, even among those who are regarded as experts. It manifests itself differently in each person. To hear my experiences as someone with an ASD, you get an understanding of the human side of it. I’m not a textbook you read, I’m a human being. It’s much more impactful to hear from the source.

Who gave you your start as a speaker?

I have to give a lot of the credit to the guy that rolled the dice with that first speech and let me come in and talk to his class. I had no idea who he was, he had no idea who I was. He taught [high school] juniors and seniors, and here I am as a seventh grader, sending an email inviting myself to speak. Luckily, he’s the kind of guy that was willing to take a risk. He gave me my voice. I still go back in his classes to this day and talk. Rick Bell. He’s actually a Pitt alum from the School of Education.

Seeing people learning. It’s that moment you can see on a student’s face, “Okay, I understand it now. I get something that I wasn’t able to get before.” And now I can do that as a teacher in front of the classroom, and I can do it by talking to completely diverse groups of people about something that I personally experienced.

How has your approach to teaching been shaped by your experiences?

My teaching style has been shaped by times when I felt like I was truly accepted by people. My goal as a teacher is to accept each and every one of my students for who they are. I will make sure that my classroom can be a safe space where students can be who they are without fear of being judged or stereotyped. I got into teaching because I want to make a difference. My life leading up to this point molds the difference I am trying to make.