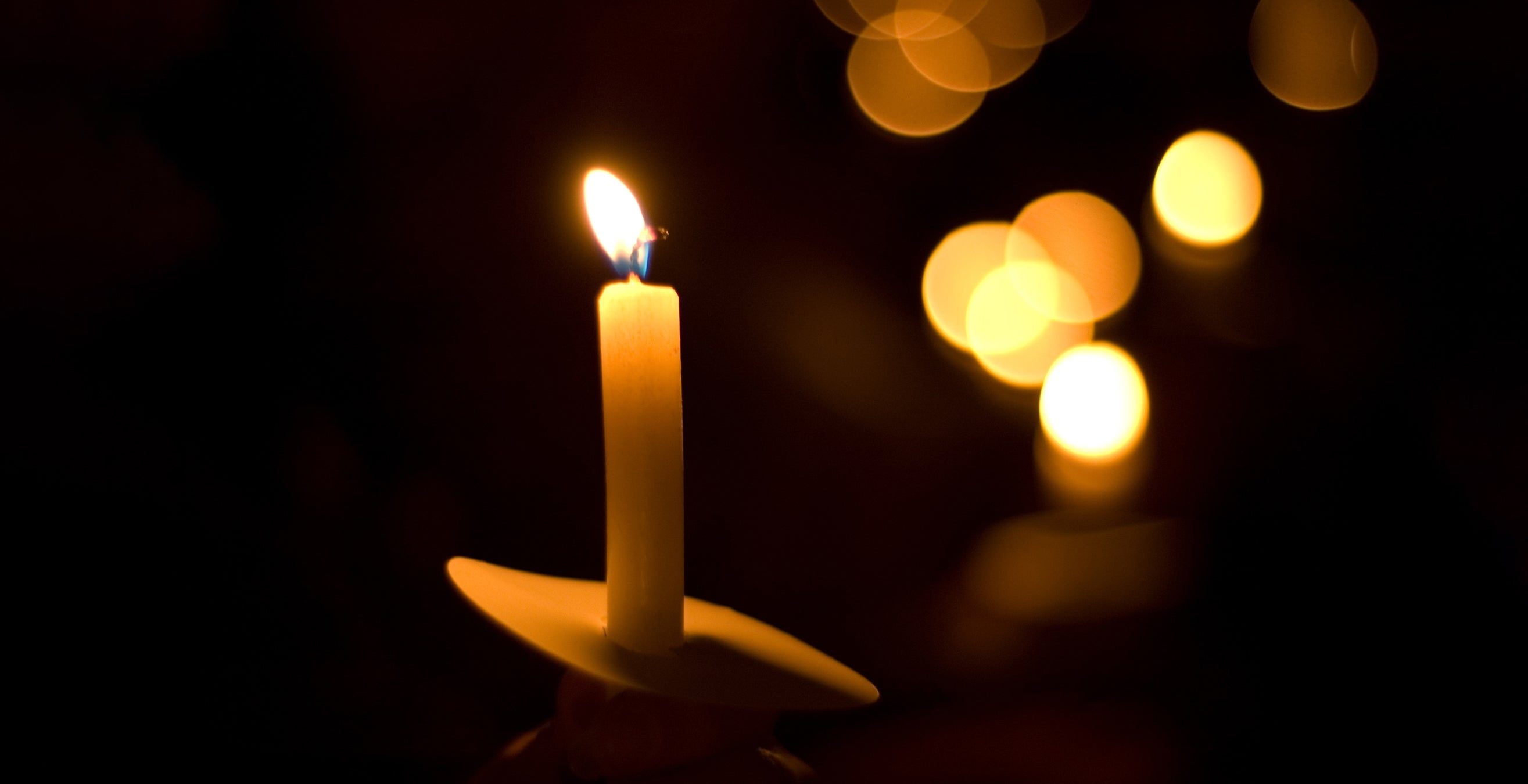 The wind came and so did the rain. The electricity went out. But the 50 people gathered under the tent at Schenley Plaza on Sunday, July 12, did not budge.

Wearing face masks and standing apart, members of the group lit candles and then stood in silence for 8 minutes and 46 seconds—a symbolic recognition of the lives lost to police brutality. They had come to honor those lives and express their solidarity with others across the nation who are working to create needed change.

The heartfelt vigil was the commencement of a day meant to spur understanding and action. Before the event, the group held a town hall on Zoom where University of Pittsburgh School of Education professors T. Elon Dancy and Leigh Patel shared a conversation about confronting inequality and bearing witness, efforts that they called “humanizing” and “a catalyst for change.” The town hall was a virtual opportunity for members of the School of Education to be in dialogue with community, to connect and to reflect on the systems that reinforce inequities and the potential roles educators can play in disrupting those systems.

At the heart of the day’s programming was Amira McLemore Wolfson (A&S ’01), a special education supervisor just completing her first year of education doctorate study at Pitt. 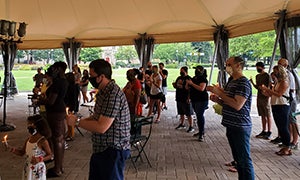 Like most of America, she had seen the news accounts of the murder of George Floyd at the hands of a Minneapolis police officer. She says she is haunted by the image of the unarmed man with a knee on his neck, struggling for breath, begging for help. She couldn't shake the message about inequality that such brutality broadcasts about whose life has value and whose does not.

These were the thoughts on McLemore Wolfson’s mind in June as she prepared for a monthly Zoom meeting with some of her 67-member Pitt Education graduate cohort. It was their opportunity to share news, ideas and plans on projects and classes.

As she looked into the faces filling the little boxes on her computer, she saw a group of people from all walks of life: Black, White, married, single, gay, transgender, Jewish, Catholic, non-denominational, urban, suburban, rural.

She also saw a group that was empowered. How many times, she asked them, did their Pitt professors remind them that they were preparing to become not only skilled educators but also leaders in advancing equity and justice to make the education system better?

“Well,” she told them, “here we are today. If that is the mission and vision of the School, we have to do something.” If we’re committed to these ideas and principles of equity and justice, she told the group, we need to show up in our classes and in the public space.

“I felt compelled to organize a vigil,” she says. “The world is changing around us and I felt like I could not wait for someone else to do it. I had to expose myself and be vulnerable. I felt like I had to be the one.”

McLemore Wolfson rallied her colleagues. They wrote and signed a letter proposing a Pitt Education-sponsored vigil against police brutality and inequality and honoring the lives of victims. Then they emailed it to Valerie Kinloch, the Renée and Richard Goldman Dean of Pitt’s School of Education. They also sent it to Dancy, head of the School's Center for Urban Education, and others. The letter said, in part: “As EdD students tasked with serving as change agents to chip away at systemic barriers, we are compelled to move beyond discourse and study. We are called to act.”

Dean Kinloch replied: Go for it.

The dean, who recently announced the creation of the PittEd Justice Collective, a three year anti-racist working group meant to create justice-directed initiatives, also shared the note with her colleagues. Ultimately, 30 Pitt Education professors and administrators were so moved by the letter’s message that they signed on as supporters, offering ideas on how to build advocacy on campus.

Kinloch later expressed how inspired she was by the work of McLemore Wolfson and the others. “They are committed to equity in education, to transformative community-oriented justice work, and to remembering the life of Mr. George Floyd. Their decision to host a candlelight vigil is testament to the commitment, investment, and care that define their collective desires for a better world for us all.” 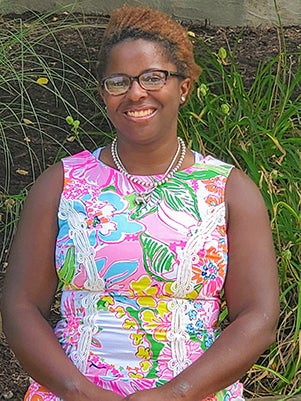 For McLemore Wolfson, the work is personal. “I’m raising Black children and the world may not be kind to them,” she says. “I think about that.” She also thinks about the urban and special education students she’s taught. If real social justice reforms are made, each of her former students would benefit. “This moment is unprecedented,” she says. “I feel like I need to connect with others and help an idea become bigger than an idea.”

McLemore Wolfson came to Pitt as an undergraduate in 1996 from Philadelphia. She majored in psychology and said she stumbled into teaching. In middle school, she helped a dance teacher; in high school, she baby sat; and studying at Pitt, she served in an after-school program. Education always seemed to be at the center of what she was doing and she thrived in school. She earned a master’s degree in teaching and special education became her focus.

“I evolved into an advocate for students and their families, making sure they’re getting the best education that they can get.”

A year ago, she returned to Pitt to begin doctorate studies. There, McLemore Wolfson found a circle of encouragement with her cohort, who are not surprised by her activism.

“I recognize she knows what she wants,” says Deno Rowe, a Pitt Education graduate student from Jamaica. “She understands the system of inequity, she understands these pieces local and nationally. What she is doing is impacting the lives of incoming students and the University as a whole.”

Yet, McLemore Wolfson remains awed by the speed in which her vigil plan was accepted and grew.

The town hall was quickly added. The planning also inspired the creation of what would eventually be called the Equity and Justice Spirit Award, which will support and recognize students in the School of Education who are doing exemplary work for equity and justice.

Very soon, the idea of the Equity and Justice Spirit Award blossomed into establishing an endowment to fund it. The effort was led by Marlon Mussington Sr., another member of the 2019 EdD cohort, and supported by Pitt Education students and alumni, with direction and support from EngagePitt, the University’s crowdfunding platform for online donations to special campaigns.

“Everyone has been 110 percent on board,” McLemore Wolfson says, “thinking of ways to leverage their own networks, to get the message out there.”

Their work has only just begun. The cohort is launching a fall forum in alignment with the school’s Justice Collective. “Building Community through Conversations” will be another opportunity to listen to students, teachers and others, and then lead with learning and strategies to interrupt systemic racism.

“People are wanting to do something,” says McLemore Wolfson. With the warm glow of the vigil still bright within her, she’s happy to help lead the way.