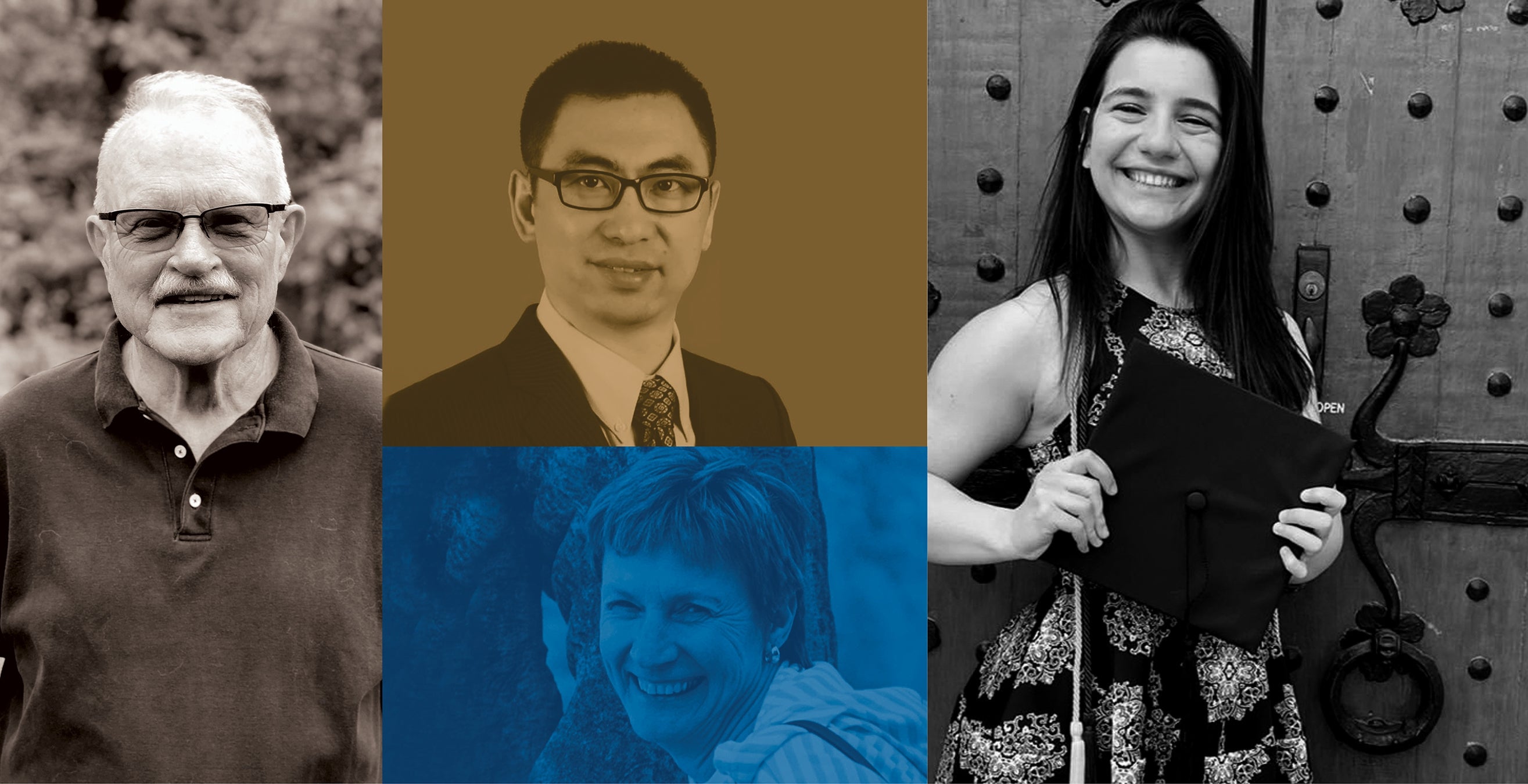 “Inspiring students, world-class educators and generous donors fuel our fundamental purpose of making the world a better place through knowledge. Endowing a scholarship sparks a lifetime of opportunities for Pitt students of all backgrounds and experiences. It is truly one of the most powerful gifts you can make.” 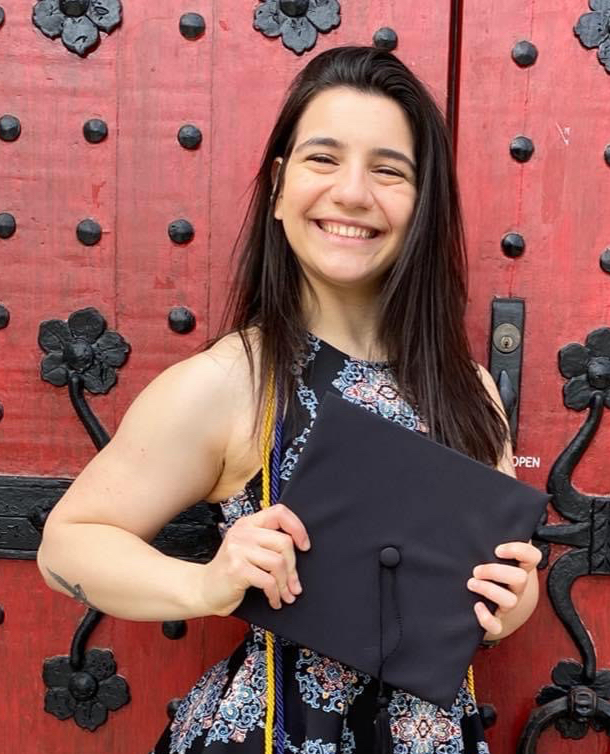 Had Anna R. D. Gillespie ever met Brooke Pantano, no doubt she would have been impressed. During her undergraduate years at Pitt, Pantano (SHRS ’20) volunteered at UPMC Montefiore and the Children’s Institute of Pittsburgh, where she assisted patients to and from the physical therapy gym and helped feed, transport and intellectually stimulate children with multiple disabilities. She also worked as a rehab aide at the Pivot Physical Therapy and UPMC Sports Medicine Clinics.

None of this may have happened had it not been for Gillespie, who gave a gift to Pitt in 1955 to create a scholarship in her name. The scholarship has provided financial support for students who have done everything from studying biomedical engineering to earning a certificate in digital media to competing on the women’s soccer team to volunteering in the community, which was the case for Pantano, a recipient of the Gillespie scholarship.

“As a low-income, first-generation college student, I’ve been fortunate to have some of my education funded through scholarships,” says Pantano. “Pitt allowed me to unlock my potential and succeed not only academically, but also professionally, and I hope to continue to make strides and help others break the barriers that they feel may limit them from reaching their full potential.” Pantano is now pursuing a doctor of physical therapy degree at Pitt, so she can keep helping people.

Heartwarming stories such as Pantano’s invigorate Kris Davitt, senior vice chancellor for philanthropic and alumni engagement at Pitt, and it’s why she is thrilled that Pitt has committed to raising  $50 million in new endowed undergraduate scholarships. There’s no telling, she says, how many students will benefit, what they will study and how they will change the world.

“Because we started actively talking with donors about this initiative during the pandemic, we were not sure how quickly it would take off. We thought it might take a while to get started,” says Davitt. “But it came as no surprise that many of our generous donors responded as soon as they learned of the opportunity.” 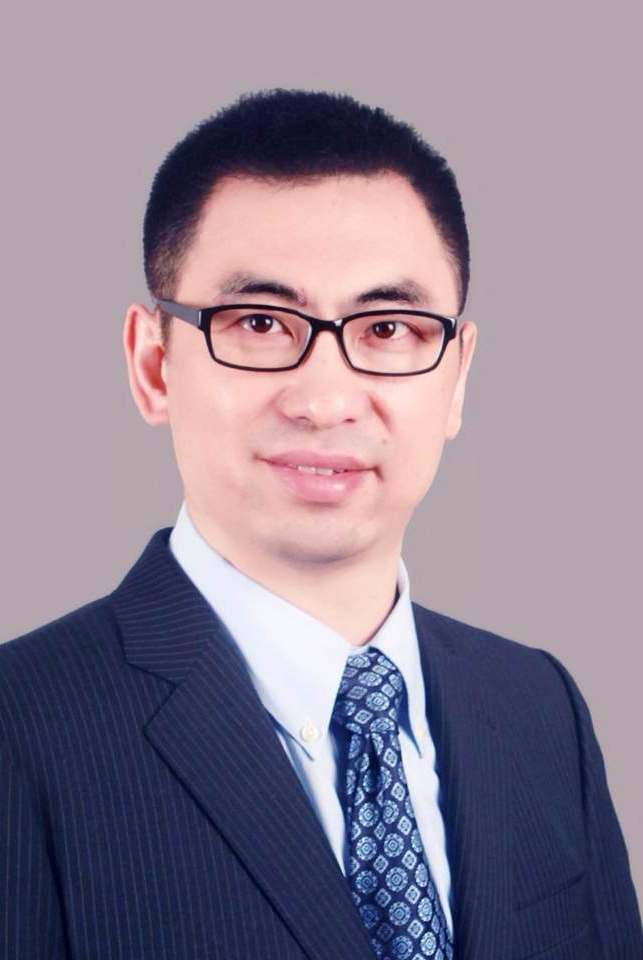 Among the first donors was Chunming Zhao (BUS ’02G). Before the pandemic, Zhao frequently traveled back and forth between the United States and China, meeting with clients and managing his investment research firm, 86Research. The company provides analyses on Chinese firms listed on stock markets overseas.

Zhao began to reflect on 2020, which turned out to be a successful year for his company.

“I thought to myself, ‘It’s not right that so many people are suffering and I am doing well.’ So, my wife and I increased our charitable giving, with half going to hospitals and half supporting education,” explains Zhao. “When I was at Pitt I received a scholarship, and now it is time to give back. If I can help others studying at Pitt, it is an honor.”

Zhao’s gift created the Chunming Zhao Endowed Scholarship, which will provide tuition support for undergraduate students in any Pitt school or college. “China, as a country, is in the early days of building a culture of charitable giving,” Zhao points out. “I am proud to be an Asian, and I hope my donation serves as a model for more people like me to contribute.” 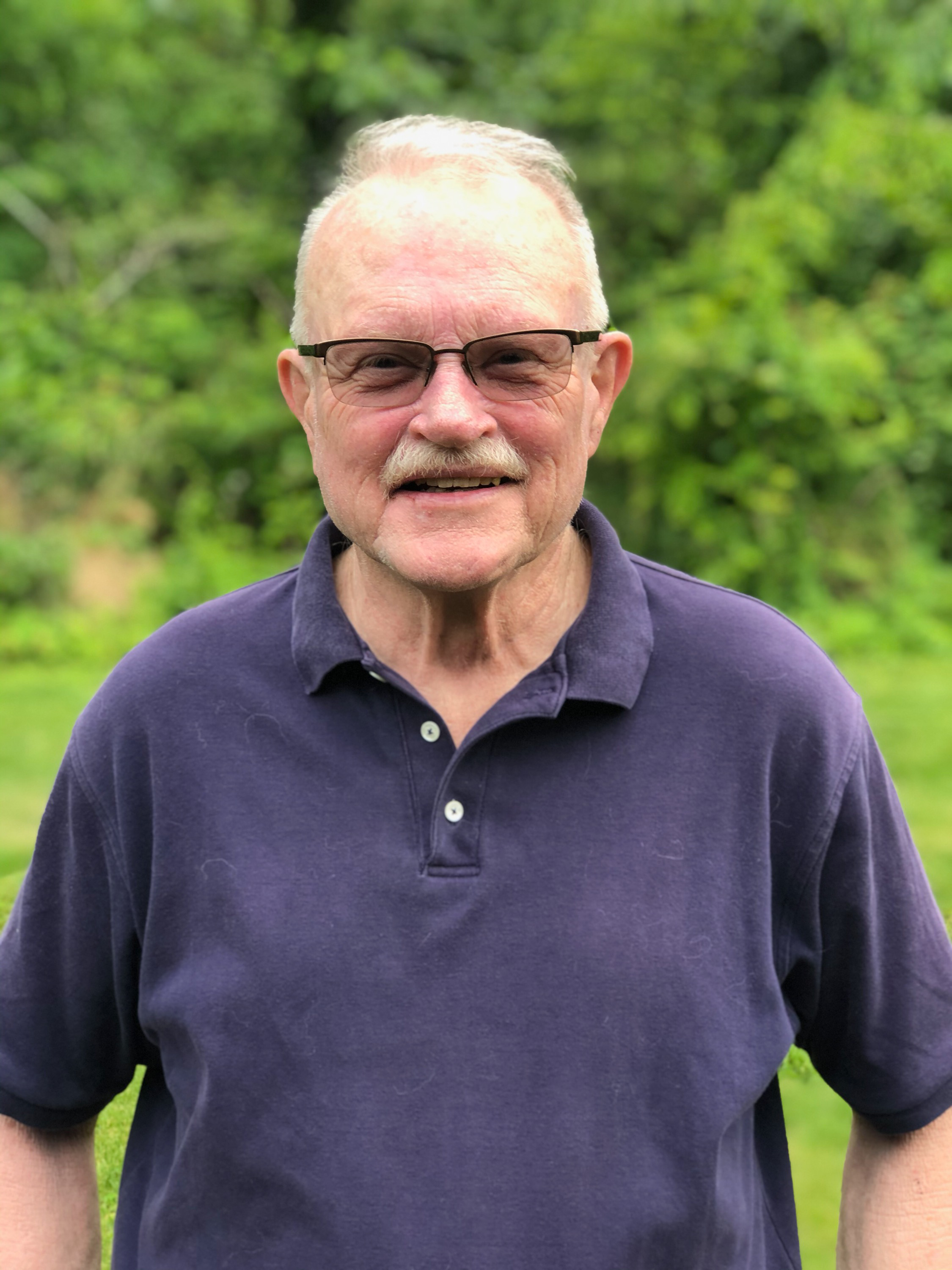 Scott grew up near Pittsburgh, worked in the mills to pay tuition and commuted to Pitt to save money. A bit of financial support near the end of his time in medical school made all the difference.

“There was no break in the academics between the last two years, which meant I could not work over the summer to pay my bills,” he recalls. “I had less than $100 in my bank account, and I did not know what I was going to do. To my relief, Pitt gave me a scholarship for tuition and a $1,000 loan to cover living expenses.”

That help allowed Scott to finish school and enjoy a long and successful career as an ophthalmologist in Baltimore.

When Moyé visited, he suggested that Scott endow a named scholarship. Inspired, Scott donated $200,000 to create twin scholarships in the Kenneth P. Dietrich School of Arts and Sciences and in the School of Medicine. Both scholarships give preference to students from southwestern Pennsylvania.

“I wanted to give to someone who is in the same boat today that I was back then—a local kid earning a degree from Pitt and going on to medical school,” explains Scott, who has also included Pitt in his estate plan. “I know the recipients will do some good with their careers and help the patients they take care of.” 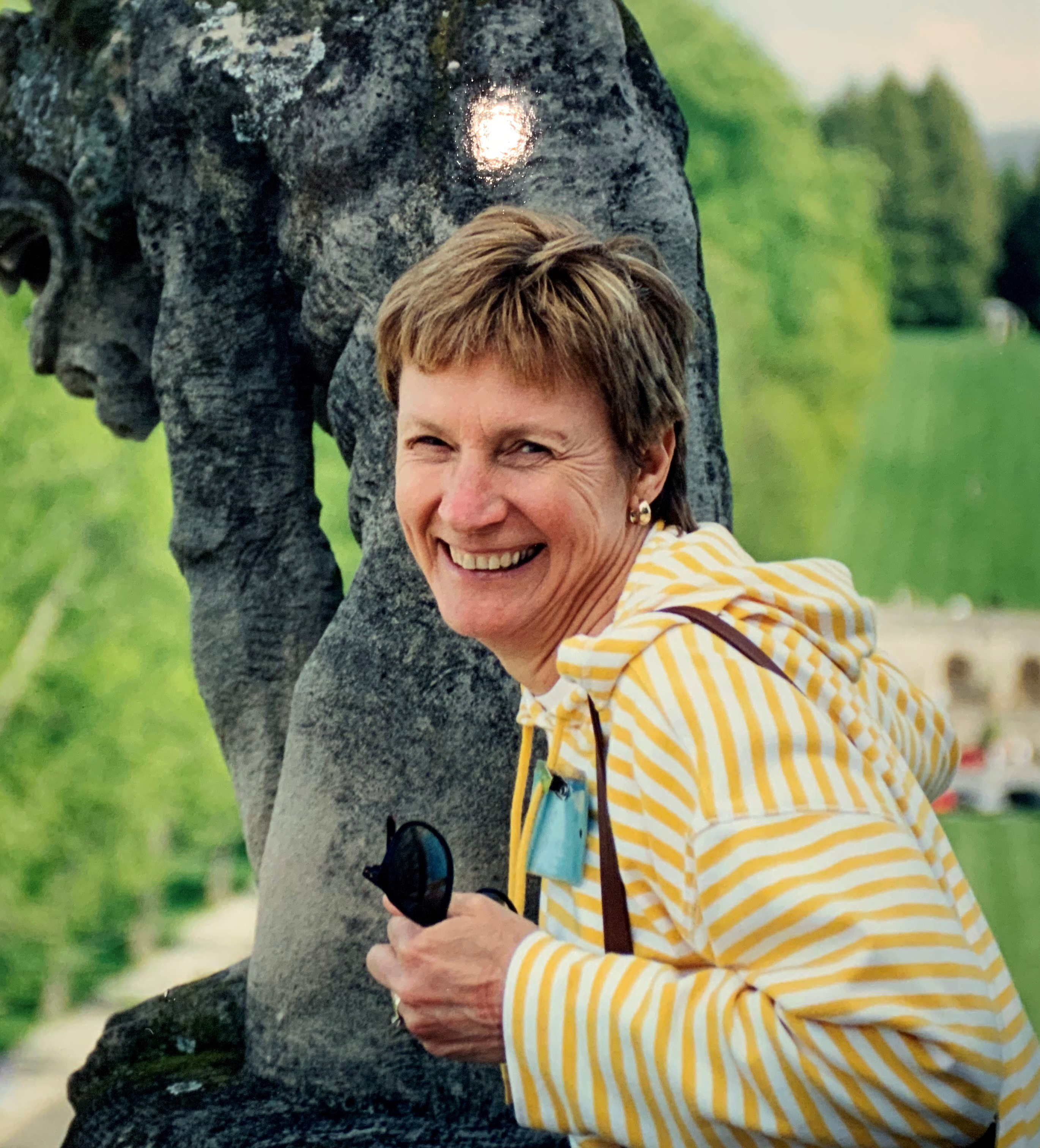 Like Scott, Tim Antonoplos (ENGR ’71) grew up in Pittsburgh and recently created a scholarship to help support local students. Antonoplos chose to honor his late wife when naming the fund. The Dr. Patricia A. Antonoplos Memorial Scholarship will support students from southwestern Pennsylvania studying chemistry with an intention to pursue a graduate degree, just as Pat Antonoplos once did.

“Scholarships made it possible for Pat to go to school, and she was very passionate about supporting the universities we attended,” says Antonoplos. “Pat believed—and so do I—that as alumni, you give back. That you try to make the opportunity of higher education available to those who come after you.”

He’s proud of his wife’s professional accomplishments—breaking through glass ceilings and earning the respect of others during her career.

“She would be pleased to know this is where her money is going,” says Antonoplos. “I look forward to telling the recipients of the scholarship about her and all she did to help those who come behind her at Pitt and in the field of chemistry.”

Gillespie, Zhao, Scott, Antonoplos, every donor who creates an endowed undergraduate scholarship—they all help Pitt meet the needs of its students, says Davitt. In turn, Pitt is better able to realize its vision of advancing educational excellence; engaging in world-changing research; strengthening communities; and promoting access, diversity and inclusion. And, through the University’s management, endowed gifts create an ongoing, steady flow of scholarship support that annually makes college affordable for 1,500 Pitt undergraduates—a number that will grow as new endowments are created.

“Reaching our $50 million goal will create opportunities for more first-generation college students, more rural and urban students, more students of color,” adds Davitt. “It will open the doors of possibility for generations of students and their families who, in turn, will change the world.”

Recipients like Pantano couldn’t be more grateful: “Pitt,” she says, “equipped me with the confidence and experience to excel.”

To make a gift or to learn more, visit the Endowed Scholarship Initiative website or contact Tony Gacek by email or by phone at +1 412-383-3972.