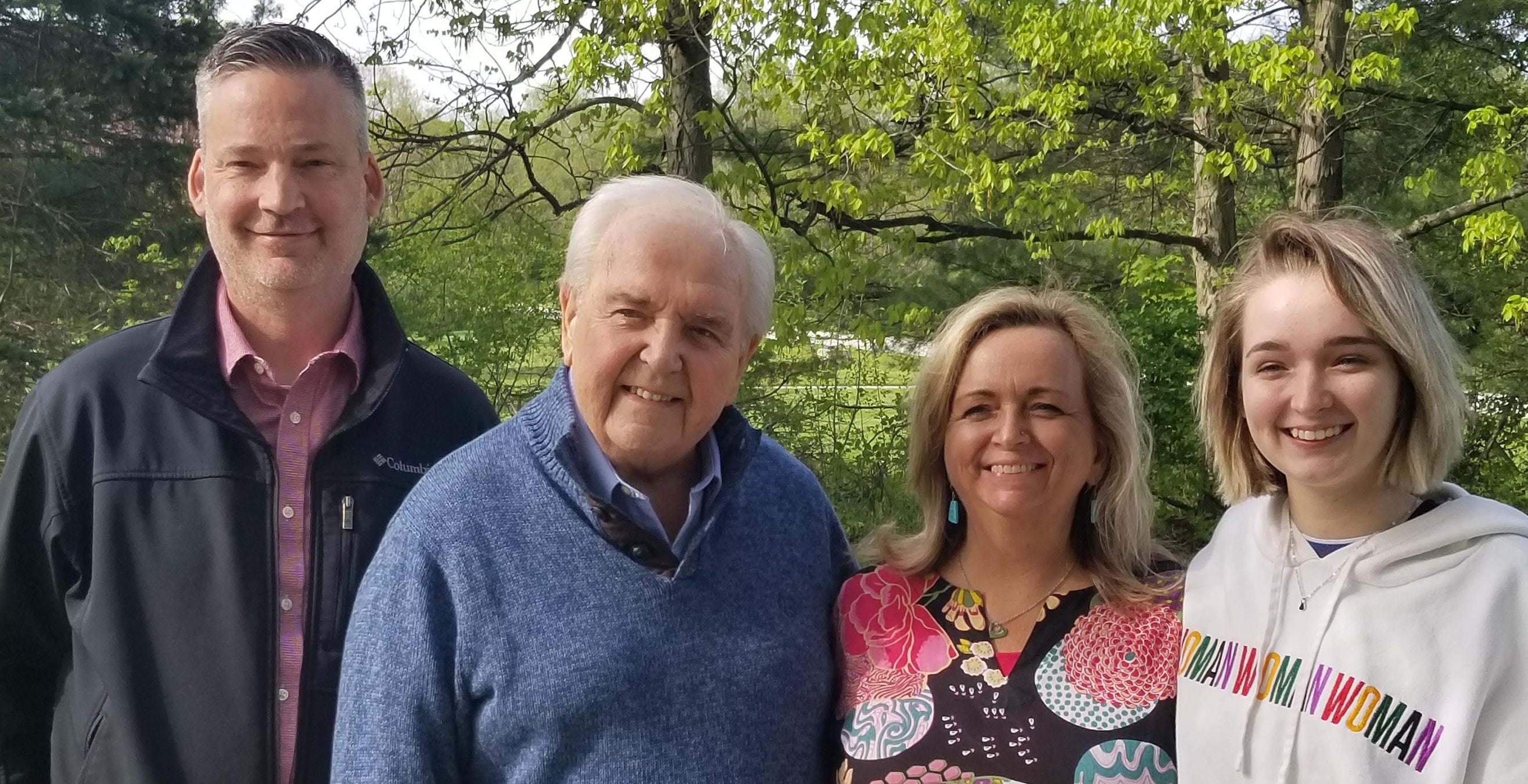 Over the last four years, the youngest Hiser has carried the Panther torch as a Pitt undergrad majoring in French and Italian. Then, in December 2020, from her parents’ home outside of Cleveland, Ohio, she became the third generation of her family to graduate from the University, her loved ones by her side.

Graduation day, however, felt bittersweet. Not only did she need to celebrate from a safe social distance—the Dietrich School of Arts and Sciences and the College of General Studies held their ceremony virtually via YouTube—but she longed to share the moment with her grandfather, “Pap,” who died in June after a long illness.

Before his own Pitt graduation, Walkiewicz worked during the day to support his wife and attended classes at night. After completing his studies, he used his degree to start his own company. A few decades later, daughter Pam followed in her father’s footsteps, where she met her future husband Todd while living in Tower C during their first year.

When Megan made the move to follow her family’s tradition, she knew she was making the right decision.

“[Pap] was so excited, and so were my parents, when I said ‘Yeah, I’m going to Pitt,’” she recalls. “I think my Pap would have been excited for anything I chose, but secretly he was hoping I would go [to Pitt].”

On campus, she let her academic curiosity roam, eventually finding a home in Pitt’s Department of French and Italian, where the professors are “so open to sharing life experiences and assisting me with classes and my career,” Megan says.

All the while, Pap would check in on her and see how classes were going—and even came down from Ohio to visit, like he had with her mother and father before her, including drop-ins at The O.

But in August 2019, Walkiewicz’s health took a turn for the worse. By the time the pandemic hit in early 2020, he was living in a care home, where the Hiser family would still come to visit. “We’d go and sit outside the window and talk to him.” Megan smiles. “He was always wearing his Pitt shirts.”

When he died, he passed down his Pitt class ring to Megan—a reminder of the bond between grandfather and granddaughter. “I wear it on a necklace,” she says. “It’s super old and worn down, but I always wear it to remind me of him.”

Poignantly, it hung close to her heart on graduation day as she commemorated her recent academic achievements and took a symbolic first step into post-grad life. It helped her feel that Pap was with her, rooting her on just as he always had.